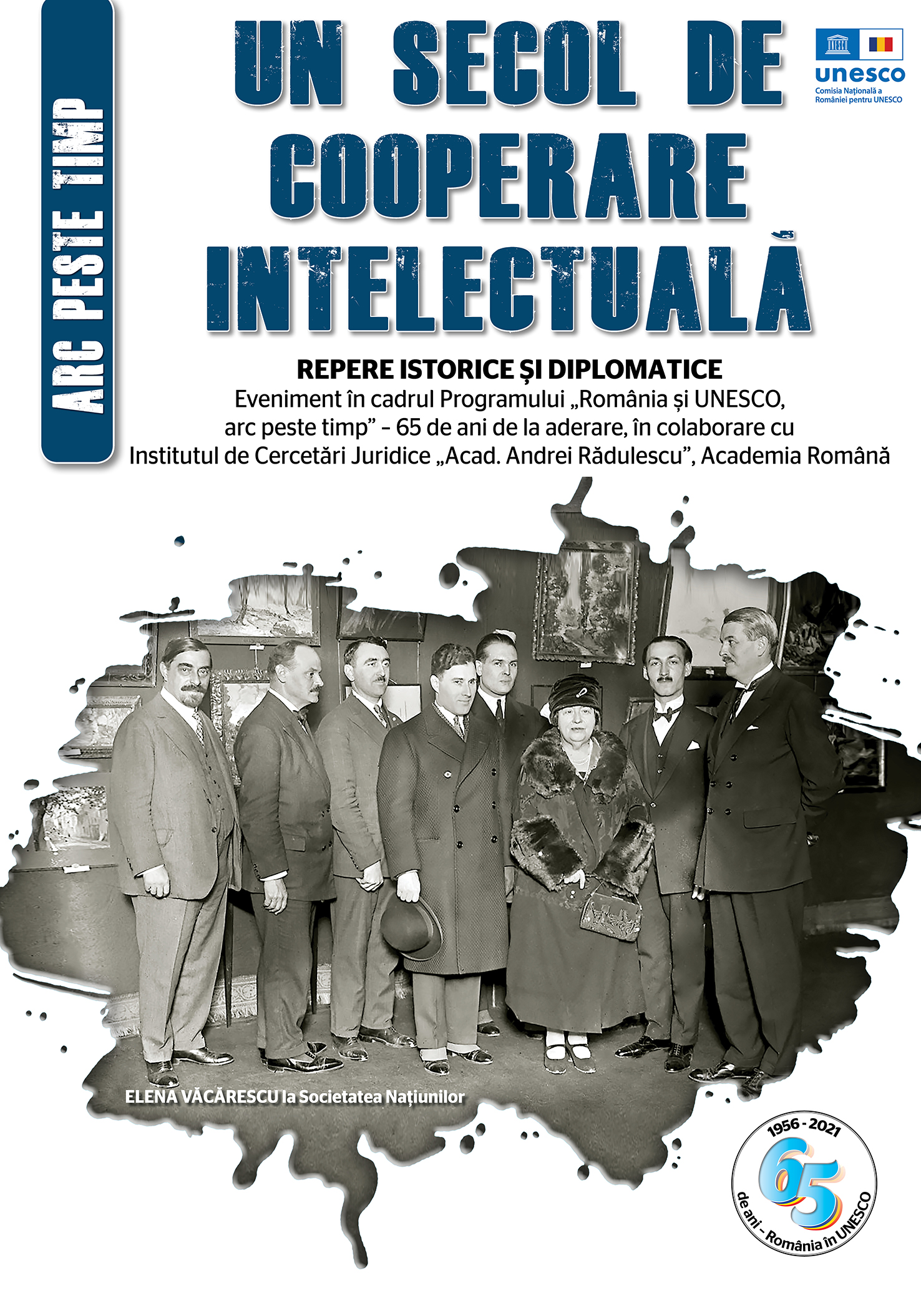 A century of intellectual cooperation. Historical and diplomatic landmarks.

Article published on 30-09-2021
Romania's National Commission for UNESCO, with the support of the Institute for Legal Research „Acad. Andrei Rădulescu ”, Romanian Academy, organized on September 30, 2021 the round table “A century of intellectual cooperation. Historical and diplomatic landmarks”.

The event is part of a double anniversary context, on the one hand the anniversary, on July 27, 2021, of the 65th anniversary of Romania's accession to the United Nations Educational, Scientific and Cultural Organization, and on the other hand, the 100th anniversary of the presentation of the Negulescu-Poullet-Ferraris Report, which called for the strengthening of intellectual cooperation between the nations of the League of Nations on September 21, 1921, and which is the birth certificate of the International Commission on Intellectual Cooperation, an institution unanimously considered by historians today as the predecessor of UNESCO (see Jean-Jacques Renoliet, "Forgotten Unesco. The League of Nations and Intellectual Cooperation" (1919-1946), Sorbonne Publishing, 1981).

The purpose of the organizers was to focus on three main levels. First of all, it is about mapping the historical, conceptual and institutional developments of international intellectual cooperation. The purpose of the meeting is also to analyze the continuations and discontinuities that bring together or separate the International Commission for Intellectual Cooperation and subsequent institutions such as the International Institute for Intellectual Cooperation or UNESCO National Committees and their specific institutional network. Last but not least, the third level aims at the inventory of the Romanian synchronization initiatives for this global approach.

The participants in the meeting, prestigious historians, lawyers, diplomats and specialists in international relations analyzed the main milestones of the actions of international intellectual cooperation in which Romania has been involved in the last hundred years.