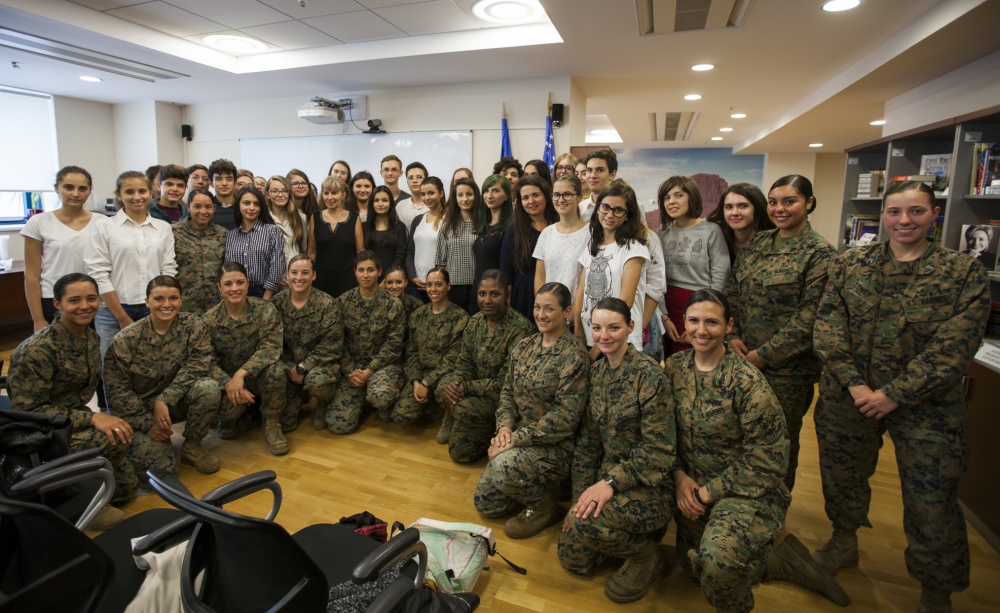 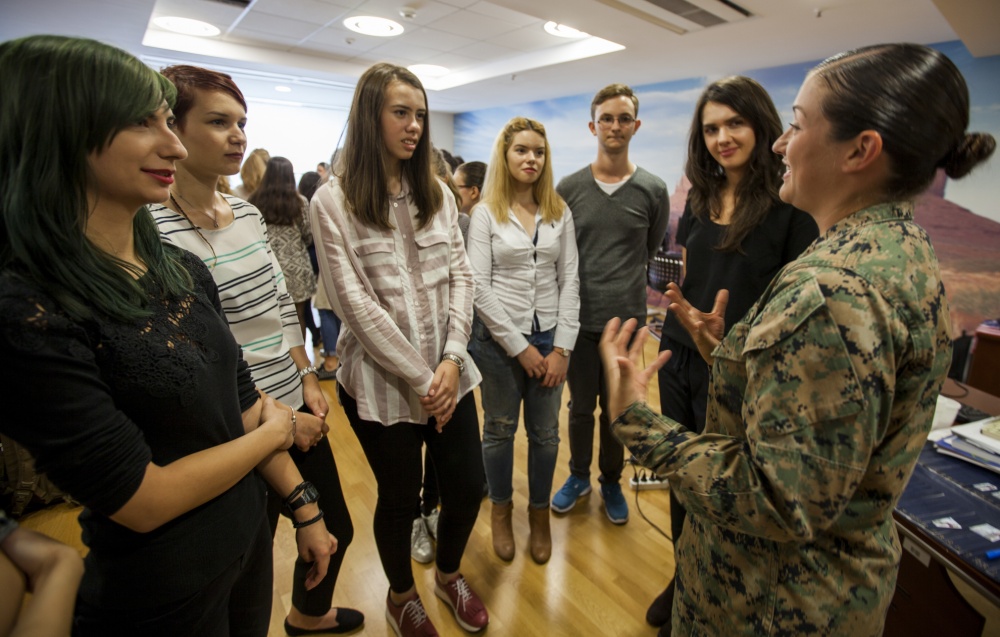 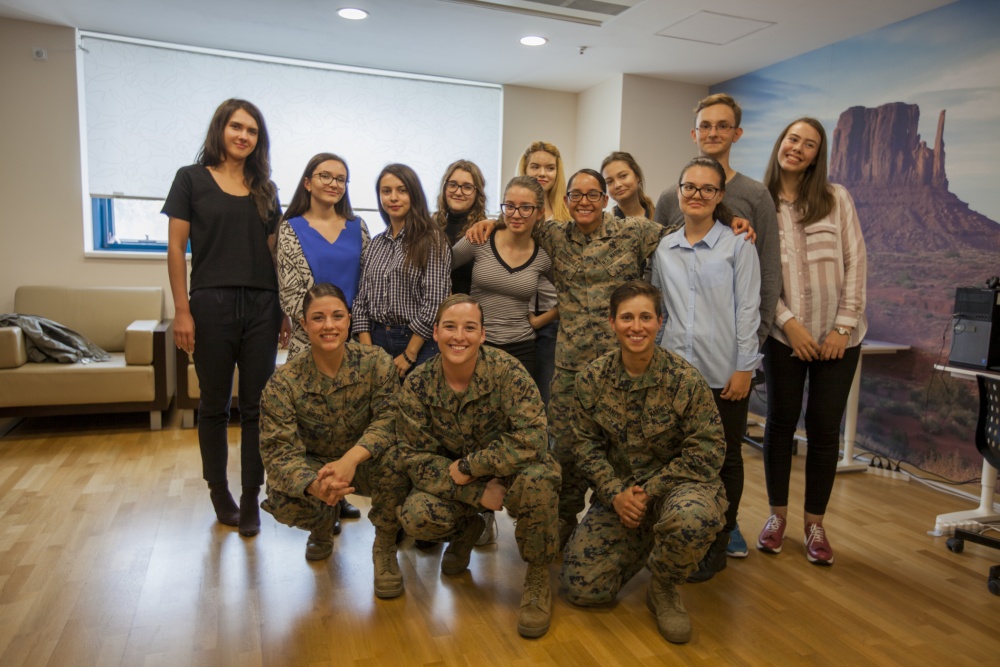 Article published on 28-09-2016
We were glad to attend, through Iris Constantin – expert RNC UNESCO, at the American Corner Bucharest, along with clever and curious high school students, the event organized by the U.S. Embassy in Bucharest and the U.S. Marines Civil Affairs team of the Black Sea Rotational Force to meet the Female Engagement Team of the 22nd Marine Expeditionary Unit. The role of U.S. Marines Civil Affairs is to establish, develop and maintain relationships with governments, organizations and civilian populations in a host country in order to optimally integrate the troops stationed in accordance with the U.S. Department of Defense, U.S. State Department and NATO diplomacy principles.

More photos from the event in the album of the U.S. Embassy in Bucharest: http://flic.kr/s/aHskEmkxsz