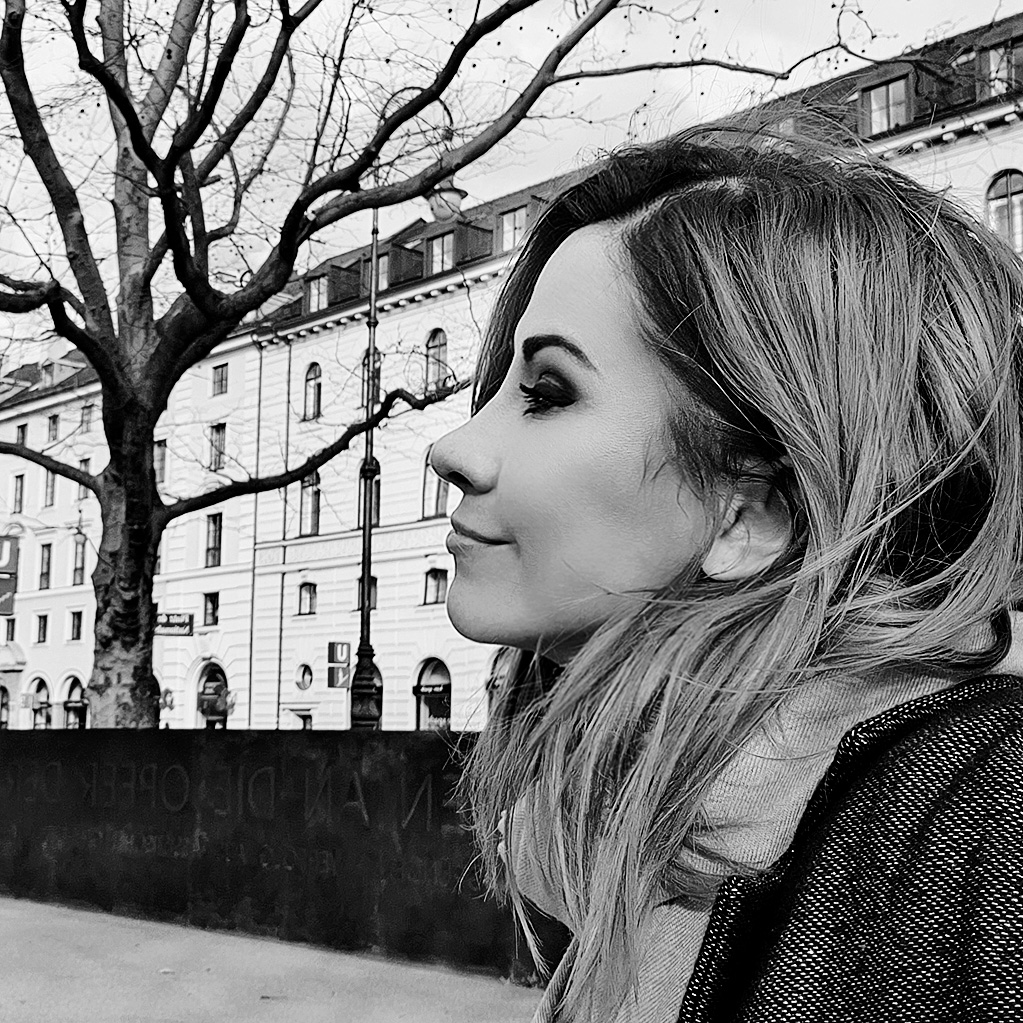 “The work of an artist is very difficult! Because artists are magicians and we live in a society thirsty for illusions. My artwork is my essence: bold but refined colours, allegorical statements and coated meanings, hungry for you to unravel their story.”  Simona Foster, visual artist

Simona was born in 1987 in a small town in Romania to a father army officer and a mother engineer. Despite the fact they were not directly involved in the art scene of that time, they were part of a generation longing for culture and freedom of expression. They encouraged the child to discover her passions and explore her strengths. They regularly went to see theatre plays, art shows and exhibitions. This is how Simona started to understand and appreciate different art forms and, most of all, this is how she discovered her love for painting.

“From an early age I was fascinated by the power artists have to design their own “perfect” world. A world with no boundaries, a world where a simple, middleclass child like me was not afraid to experiment and believed that her art would change the world. Little did I know back then that the journey I had to make in order to pursue my dream would be scattered with sacrifices.”

At the age of 7, Simona’s first art teacher discovered her talent and sent one of her paintings to a regional art competition. When news came that she scored first place her parents decided to support her passion by purchasing art supplies, which were very expensive and hard to find at the time, as well as taking her to private art lessons with a famous local artist. From that moment on, she knew painting will have an important role in her life.

“In 1998, at the age of 11, I went to art school and attended art classes conducted by experienced professors at the National College of Arts “Octav Băncilă”. Most of them were artists themselves and later on one became my personal mentor, Prof. Liliana Gonceariuc. I continued my studies by taking part in mural art lessons in the year 2002.”

During this time, Simona took part in several national and international art competitions such as: The National Contest “My anti-drug message” in 2004, winning the 1st place, The International Competition "Incontri culturali e sociali calabresi" in Italy, taking home the 2nd place and The National Fine Arts Olympic Competition winning the 2nd place. One of the accomplishments very dear to her was creating the cover and the illustrations for the book “European destiny”, published in Spain. In the following years, she continued attending art events, such as The National Competition of European Culture and Civilization “Europe closer to us”, where she was awarded 1st place.

“As my artistic knowledge broadened, I got more involved in the city’s contemporary art scene and began experimenting with installations and attended several performance art shows. Eventually I went back to mural art as I could not come to terms with the ephemeral side of that art form. I was a full-time artist; in the week days I was attending art lessons, the weekends were for art shows and all my holidays were spent going from one art camp to the other. I started doing more and more mural decorations like mosaics and wall paintings in different public institutions like hospitals, schools, hotels, as well as outdoor spaces. My work was dedicated to the public, was not confined to a gallery and most of all was free to be consumed by anyone.”

From 2006 to 2009 Simona attended The Faculty of Fine Arts at “George Enescu” National University of Iasi. During this time, she won a scholarship from University of Salamanca and went to study Fine Arts in Spain. There she had the opportunity to experiment with film making, studied film montage and took fine art media courses. This art field caught her attention and soon she found herself drawn to Digital Arts – Video and Photography.
In 2009 she graduated with first class honors and got her bachelor's degree. While she attended university, she worked in various types of teams from Research Teams to Artist Research Groups. She was mediator in the Creative Mediation Project: Art as Gift Economy, project produced in the framework of the Periferic 8 Biennial - Art as Gift.
In 2011 she got her MA from “George Enescu” National University of Iasi, Master of Arts, Mural art and Interior Design, first class honors, achieving the highest score. She continued attending art competitions, one of them being PicTurin – Mural Art Festival in Italy. She got involved, as well, in the political side of art and participated in the seminar “Politics of Identity in Eastern-European Art after 1989”.
“In the course of the next years I became more and more interested in psychology, trying to understand different experiences, so I decided to pursue an academic degree in Psychology from “Alexandru Ioan Cuza” University of Iaşi. This didn’t end up to be as captivating as I was expecting, but I took it as an interesting experience that taught me a lot about myself and the way I perceive others.”
During her final years of study, she used to work as an art and photography teacher for different organizations. Later, she realized that teaching was not her calling in life and she focused on interior design. She moved to Bucharest, capital of Romania, where she worked as an interior designer for a few years until eventually relocating to London.
“In London I started a new chapter. I first came here as part of an interior design show, May Design Series. It was love at first sight and from the moment I stepped foot here I knew it would be my second home. I have learned to love the rain and focus on what really matters, being part of one of the world’s largest art scenes. Now I am happily married, I work for one of the biggest interior design communities of London, and, most of all, I never stopped painting. One of my role models once said: “Never stop painting! It doesn’t matter whether your work is good or bad, just as long as it shows your personality. You have to use your head and paint more and more. While everyone is resting, you just keep on painting!”
“Polarized aesthetic” exhibition
Simona proposes us for International Arts Education Week the “Polarized aesthetic” exhibition, divided in 3 episodes.
Her art work is mostly abstract, defined by saturated colours and beautiful textures. The paintings from this digital gallery are large scale canvases and the medium used is acrylic. The concept is her artistic truth, politically and socially engaged.
Episode 1 of the gallery addresses the questions of social change, feminism and consumerism. The way the artist expresses her beliefs is subtle, wanting to raise awareness without being domineering.
“The technique I favour here is decorative, each colour has its precise place and role, nothing is random. My goal is always to leave my audience wanting to see more.”