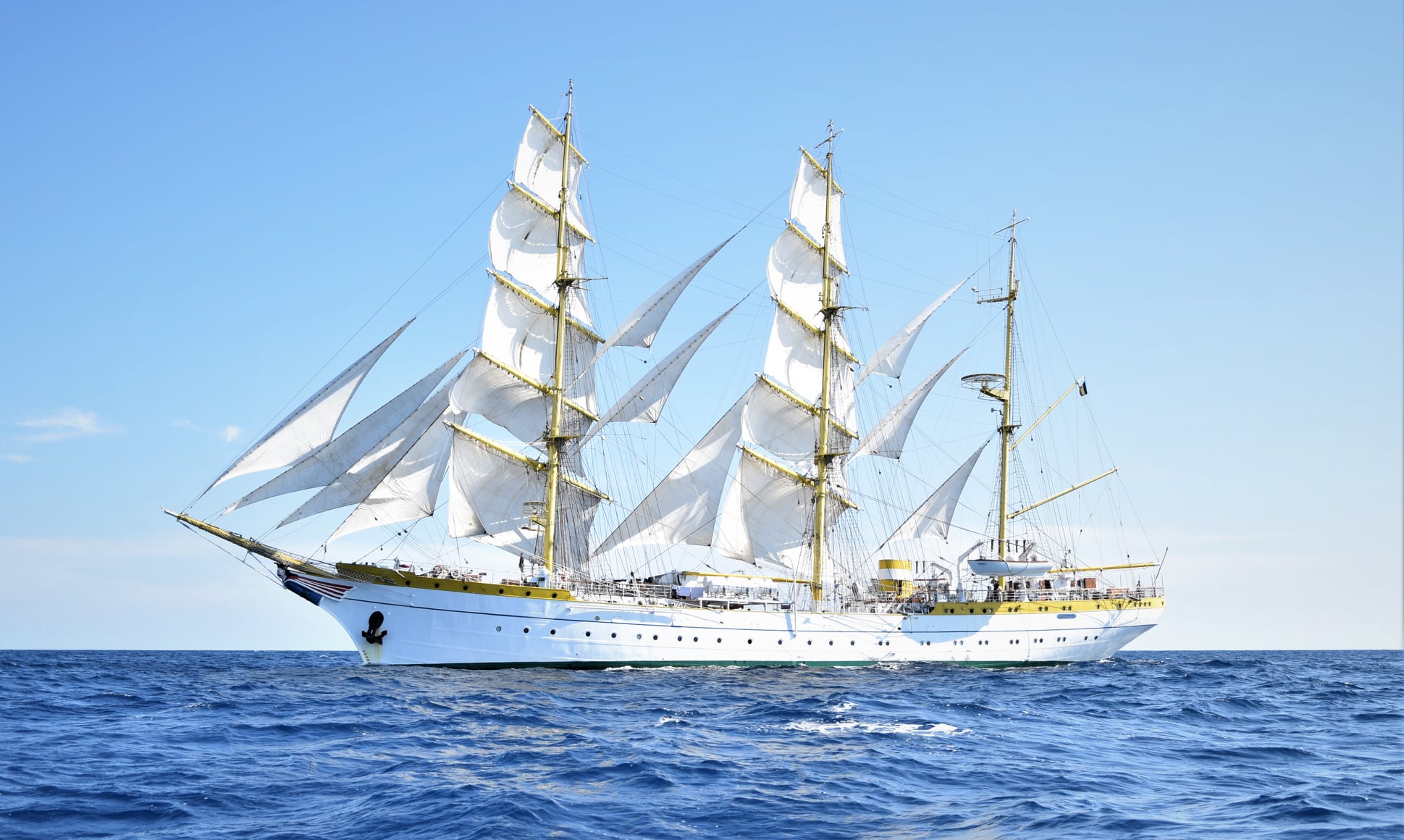 Article published on 10-08-2021
The Romanian Naval Forces launches on Tuesday, August 10, two social responsibility projects, which aim to protect the biodiversity of the marine environment and make future generations of military sailors responsible for combating climate change and global warming.
At the Dolphinarium in Constanța, will be presented the projection of the involvement of the Romanian Naval Forces in the world program of the United Nations "Ocean Decade", which takes place between 2021-2030. The implementation of the Decade is coordinated by the Secretariat of the Intergovernmental Oceanographic Commission (IOC), a body with functional autonomy within UNESCO. This year, Romania was elected a member of the IOC Executive Board, for a term of 2 years, respectively the period 2021-2023.
The Romanian Naval Forces, in collaboration with the National Commission of Romania for UNESCO, is working on the design of the circumterestrial march of the school ship "Mircea", which will take place between 2023-2024. It is a complex project, which will include both Romanian naval and cultural diplomacy activities, in ports around the world where the ship-school "Mircea", the honorary ambassador of Romania on the seas and oceans of the world, will make stops, as well as social responsibility activities carried out by cadets aboard the sailboat to bring to the attention of the general public the negative effects of global warming, activities to combat microplastic in the oceans and to combat the effects of global climate imbalance on the development of human society, as well as projects for the development of maritime sciences and the development of programs in the field of education for future generations. By carrying out this extensive action, the Romanian military sailors will carry the message of peace of Romania on five continents of the world and will project the Romanian identity at a global level, with honor and dignity. The training march of the school ship "Mircea" will be included in the world program "Ocean Decade 2021-2030".
"The world under the ship" is the second social responsibility project that the Romanian Naval Forces, together with the National Committee for the Rights of the Child, Constanța Branch, is launching on Tuesday, August 10, at the National Museum of the Romanian Navy. The project is addressed, in particular, to military students from the National Military College "Alexandru Ioan Cuza", the Military School of Military Masters "Admiral Ioan Murgescu" and the Naval Academy "Mircea cel Batran", and includes activities to protect the biodiversity of the marine environment, in order to empower young generations of military sailors to pass on a clean environment to future generations.
****
On Tuesday, August 10, from 10.00 to 10.30, the representatives of the Romanian Naval Forces, the Romanian National Commission for UNESCO and the Constanța Dolphinarium will present to interested journalists details about the projection of the Romanian Naval Forces' involvement in the United Nations World Program "Ocean Decade".
Source: Press release General Staff of the Romanian Naval Forces. In the picture: school ship "Mircea"