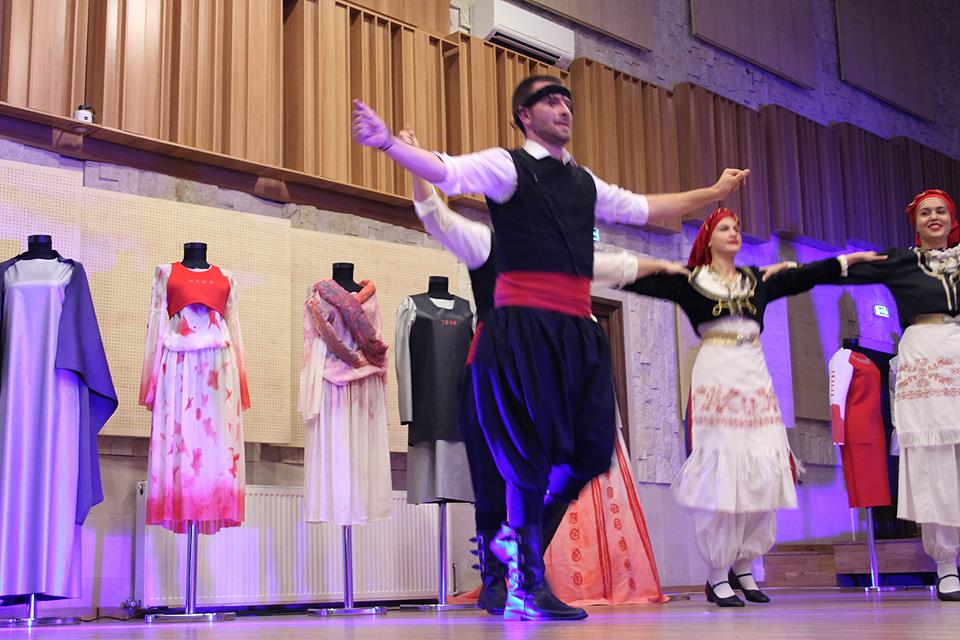 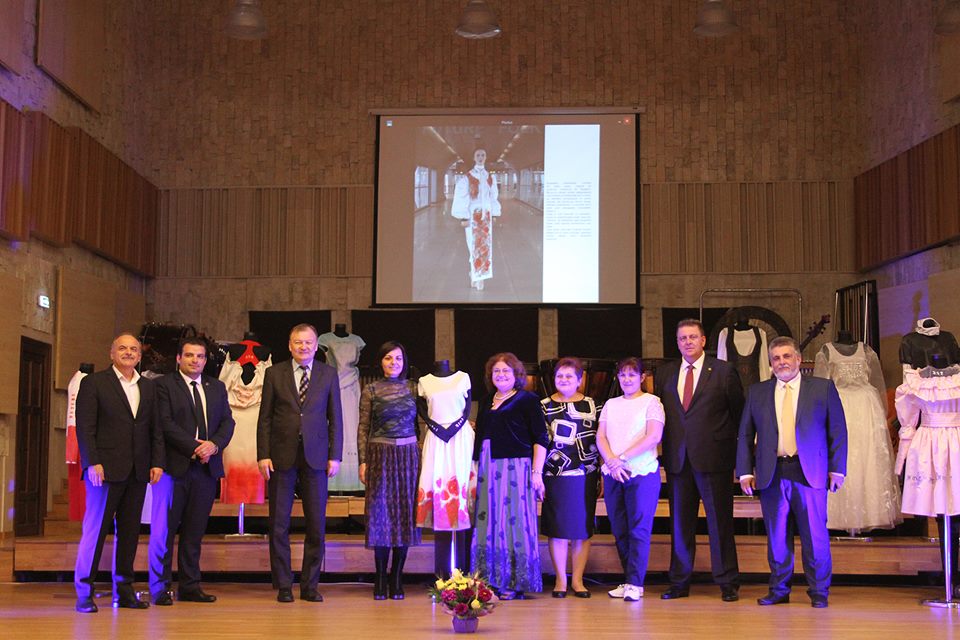 ”Future Folk” - between tradition and avant-garde in Ploiești

Article published on 26-09-2018
The journey through time and space of the 'Future Folk' project is coming to an end - the last event of this initiative was held in Ploiești on September 19th at the ”Paul Constantinescu” Philharmonic. Unusual for a concert hall, the main actors of the ”Future Folk” project and a brand-new exhibition, having the same name, appeared on stage. The exhibition, made up of 25 avant-garde and militant fashion creations, does not inspire but reinvents the lines and motifs of traditional costumes from Romania. Romanian costumes, but also costumes specific to national minorities - a cultural heritage which is prosperous, valuable and marked by diversity and durability. It all gives life to the slogan 'Our Heritage: where the past meets the future', the slogan of  the 'European Year of Cultural Heritage 2018',  enrolling in this international campaign.

”Future Folk” is an initiative of ”Alumnus Club” Association for UNESCO in Bucharest, co-funded by the National Cultural Fund Administration, the City Hall through the Youth Center of Bucharest and the National Commission of Romania for UNESCO. On this occasion the project enjoyed the special support of the Ploiești Philharmonic, the Hellenic Union of Romania and the Hellenic Community in Prahova County.

How can young people nowadays receive the values ​​of our traditional heritage, perhaps out of the ordinary, but defining for us all? How can we keep this legacy for future generations? How will our traditions be perceived over several decades? These are the questions that the artist and organizers involved in the ”Future Folk” project tried to answer.

Carmen Emanuela Popa, Ph.D. in design at the National University of Arts from Bucharest, creates the cultural product proposed by ”Future Folk” - an avant-garde collection of fashion design that reinvents, in a conceptual manner, traditional costumes from various parts of the country; an itinerant exhibition now held in Ploiești. Careful to the symbolism and philosophy behind each object, the artist wishes to launch through her creations, on this occasion, an invitation to communication and understanding between people. This is actually the message of the whole project.

Open again for innovative, less conventional, cultural experiments, the Philharmonic is currently the host of the ”Future Folk” exhibition, presented in Ploiești on September 19th. The inauguration was all the more successful and emotional as the hosts completed the event with a poetic moment of Nichita Stănescu, performed by Mihaela Rus, general director of the ”Toma Caragiu” Theater, a concert of the Chronos Quartet and a Greek dance moment presented by the Kymata Ensemble of the Hellenic Community of Prahova.

The ”Future Folk” exhibition, itself the result of an intercultural exercise, proves to be a living proof of the fact that diversity is an inexhaustible resource of innovation and creativity in a society where there is understanding and respect among people, among communities. The event is dedicated to the Centenary of Romania's Union, and also to the 'European Heritage Days', held in September across the continent, inviting to mutual knowledge, respect for values, dialogue through culture.