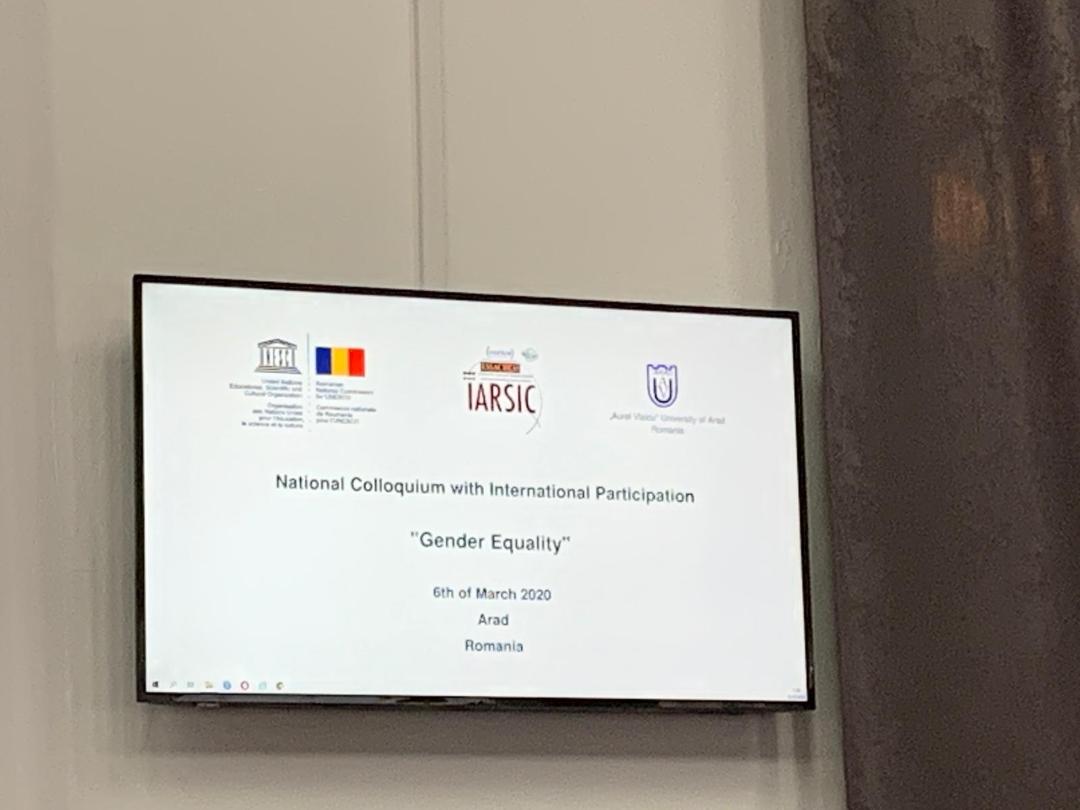 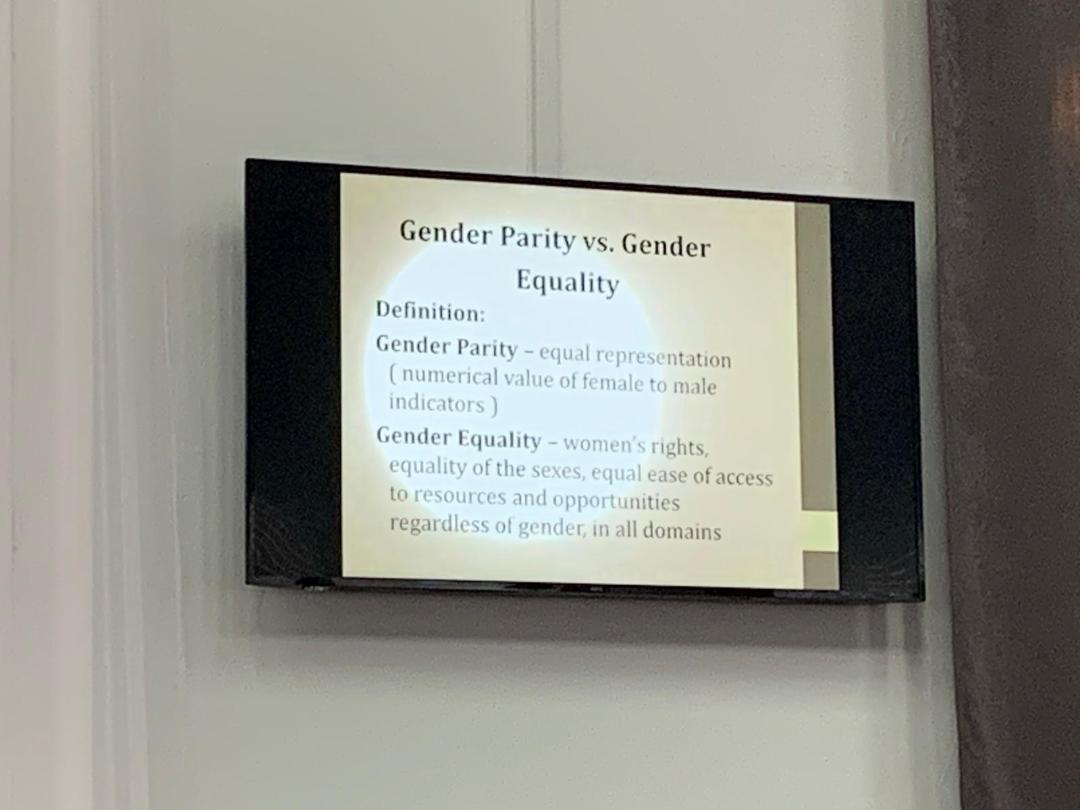 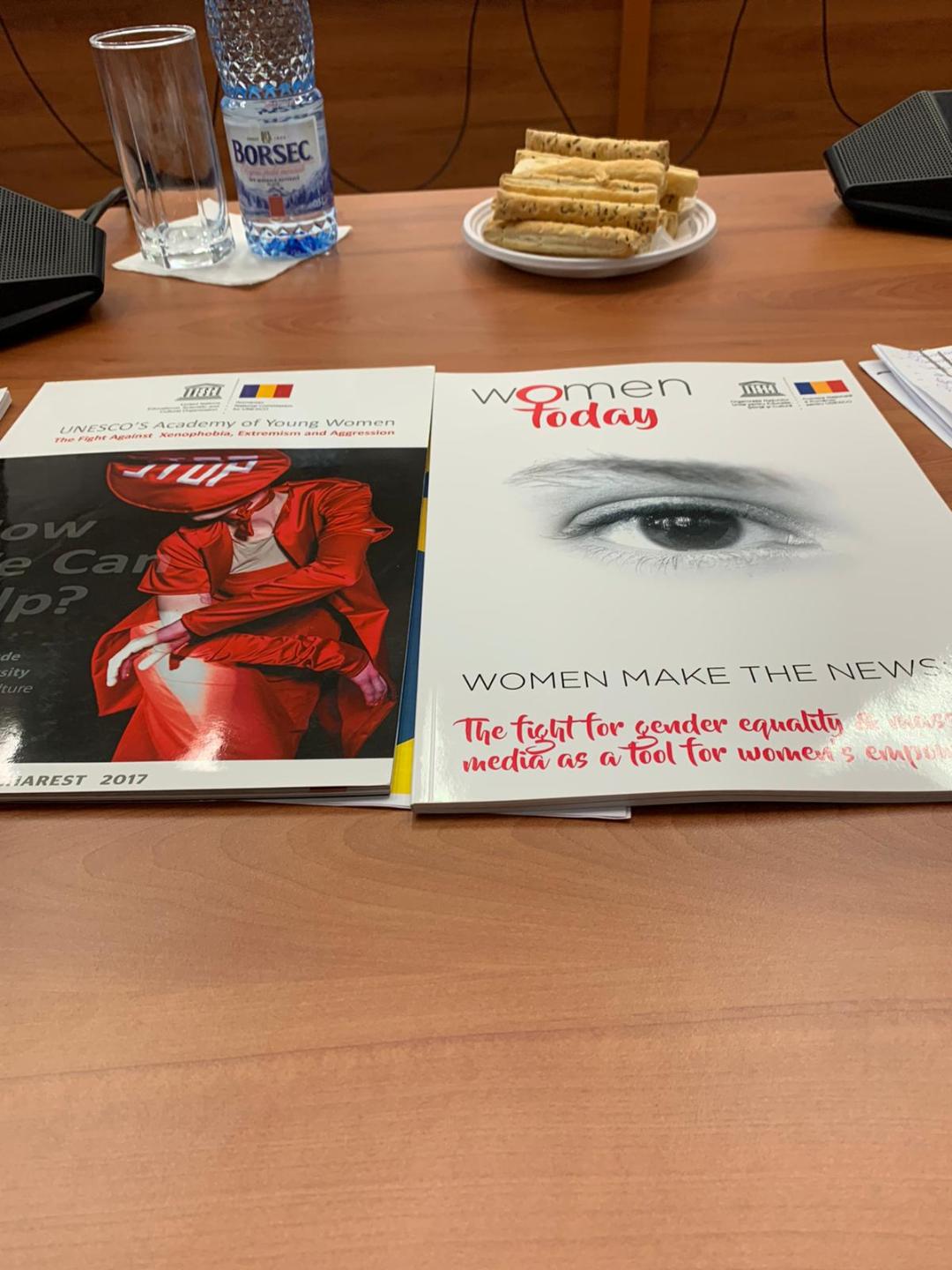 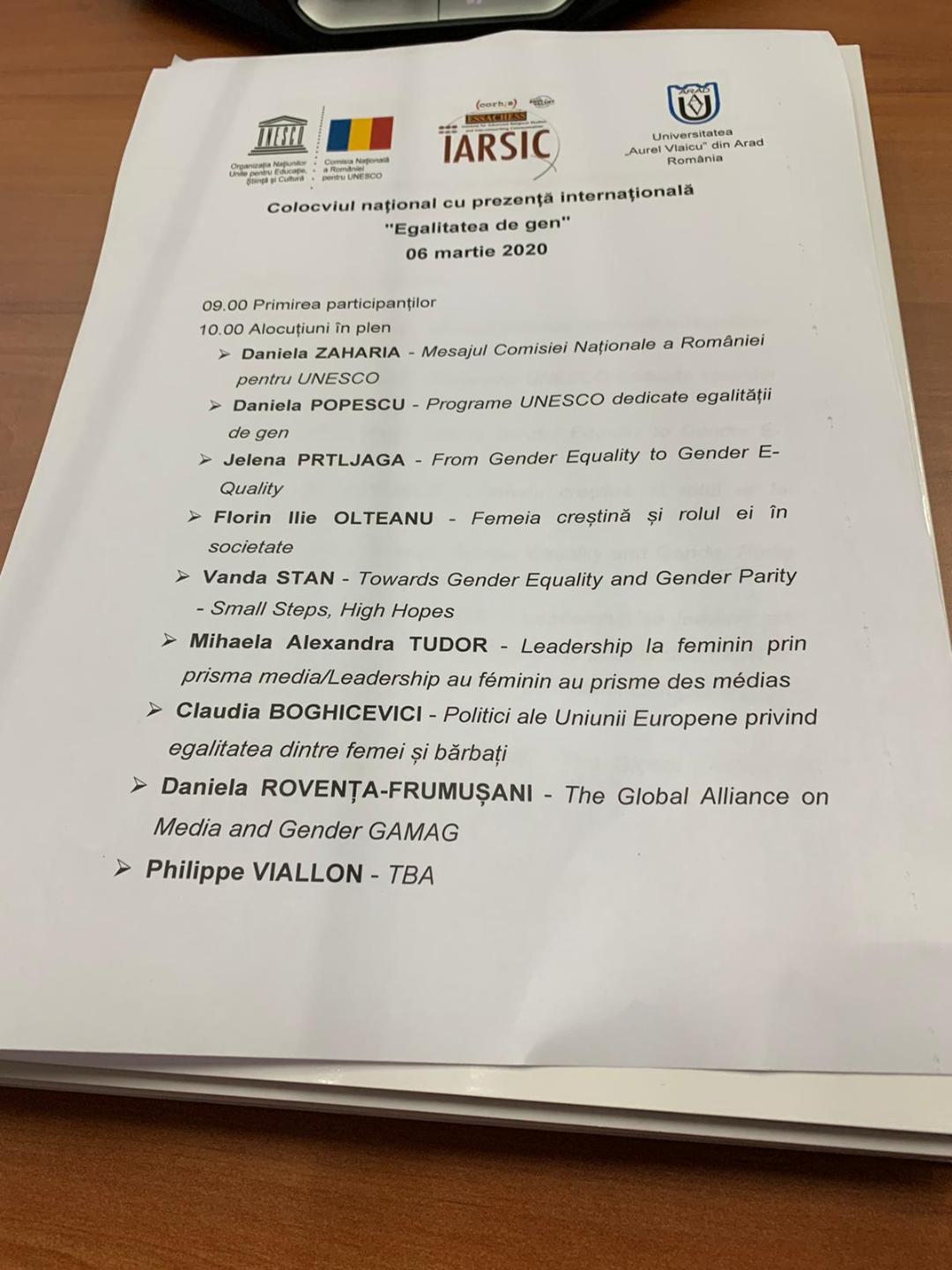 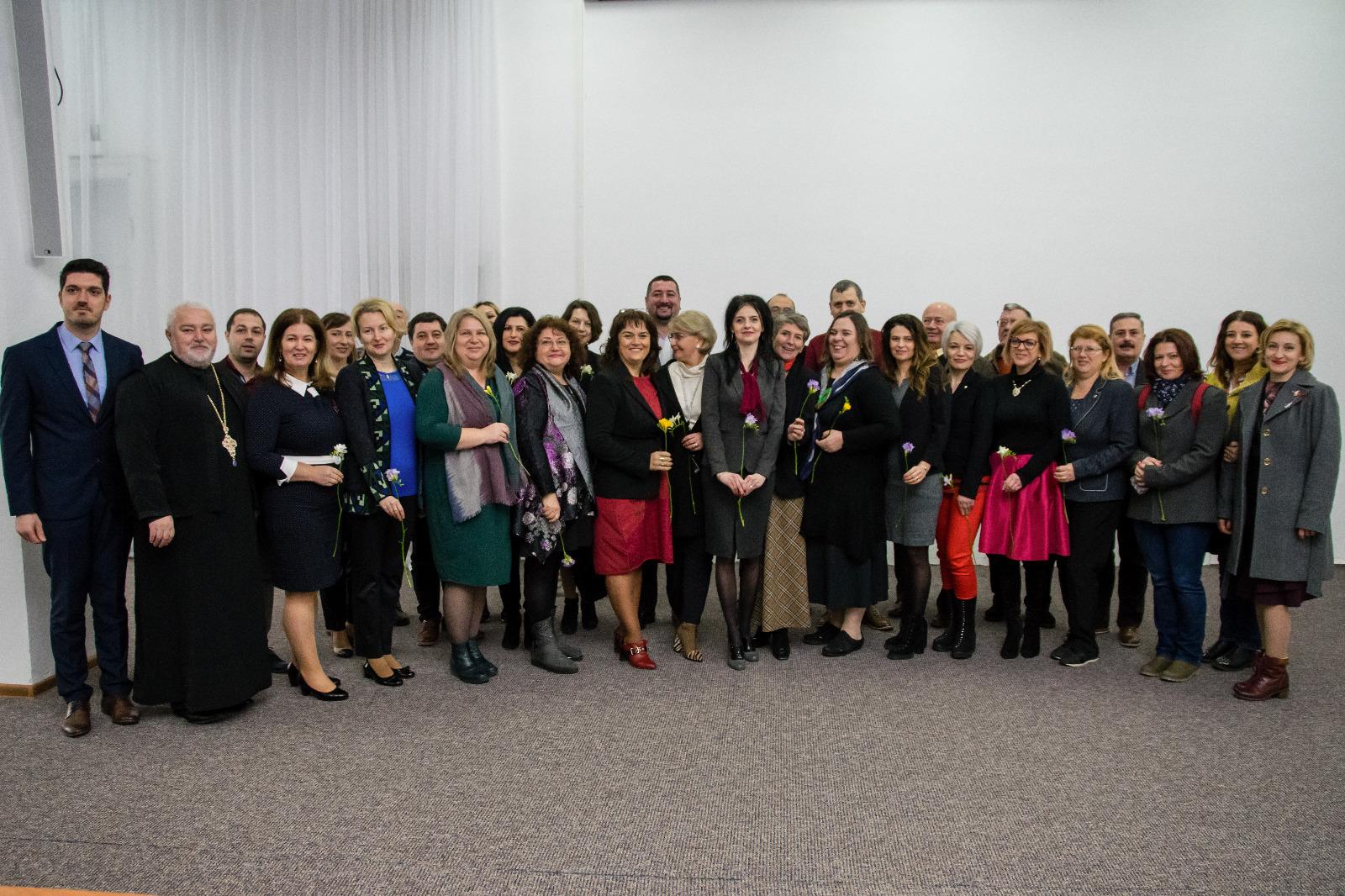 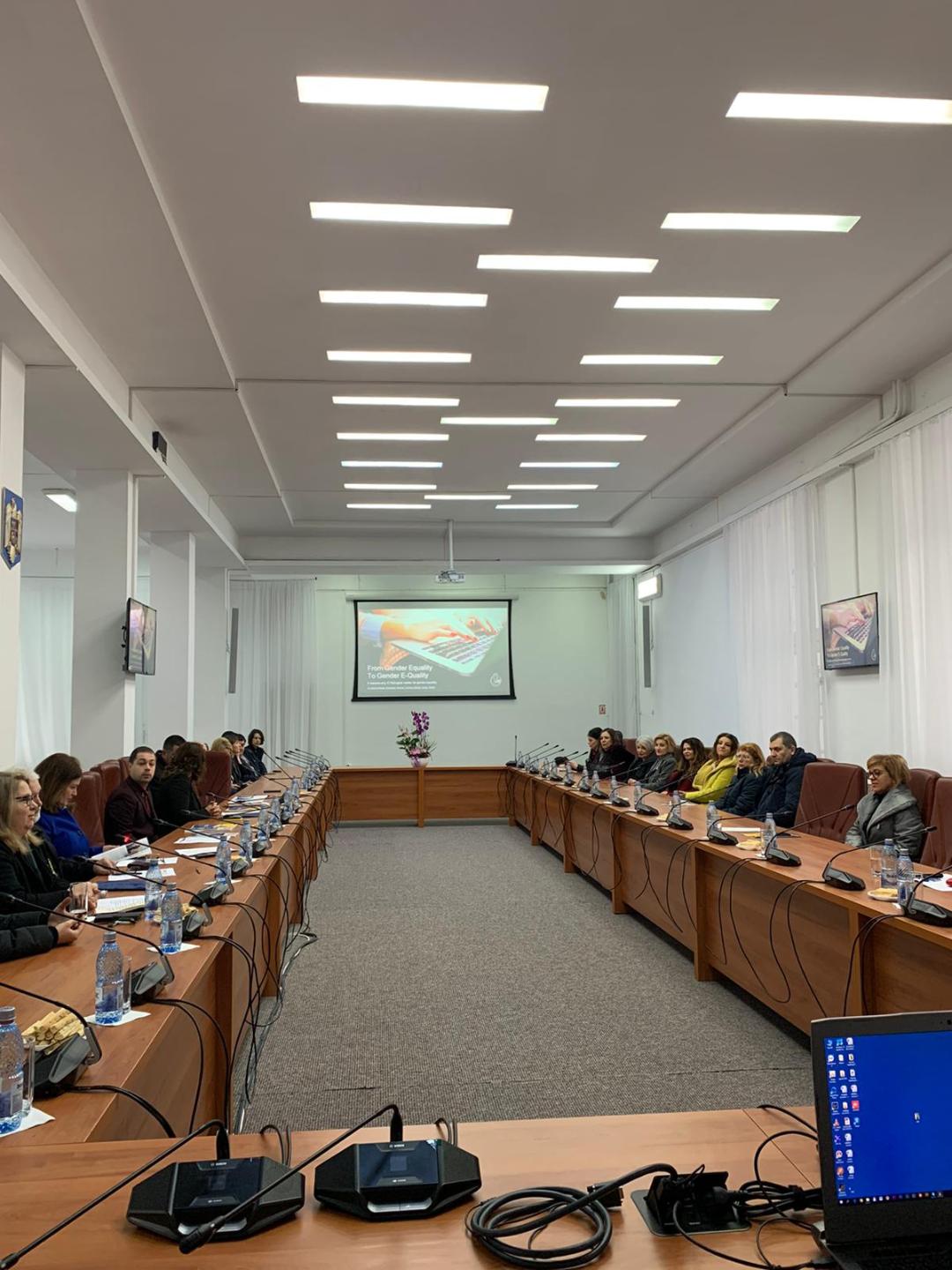 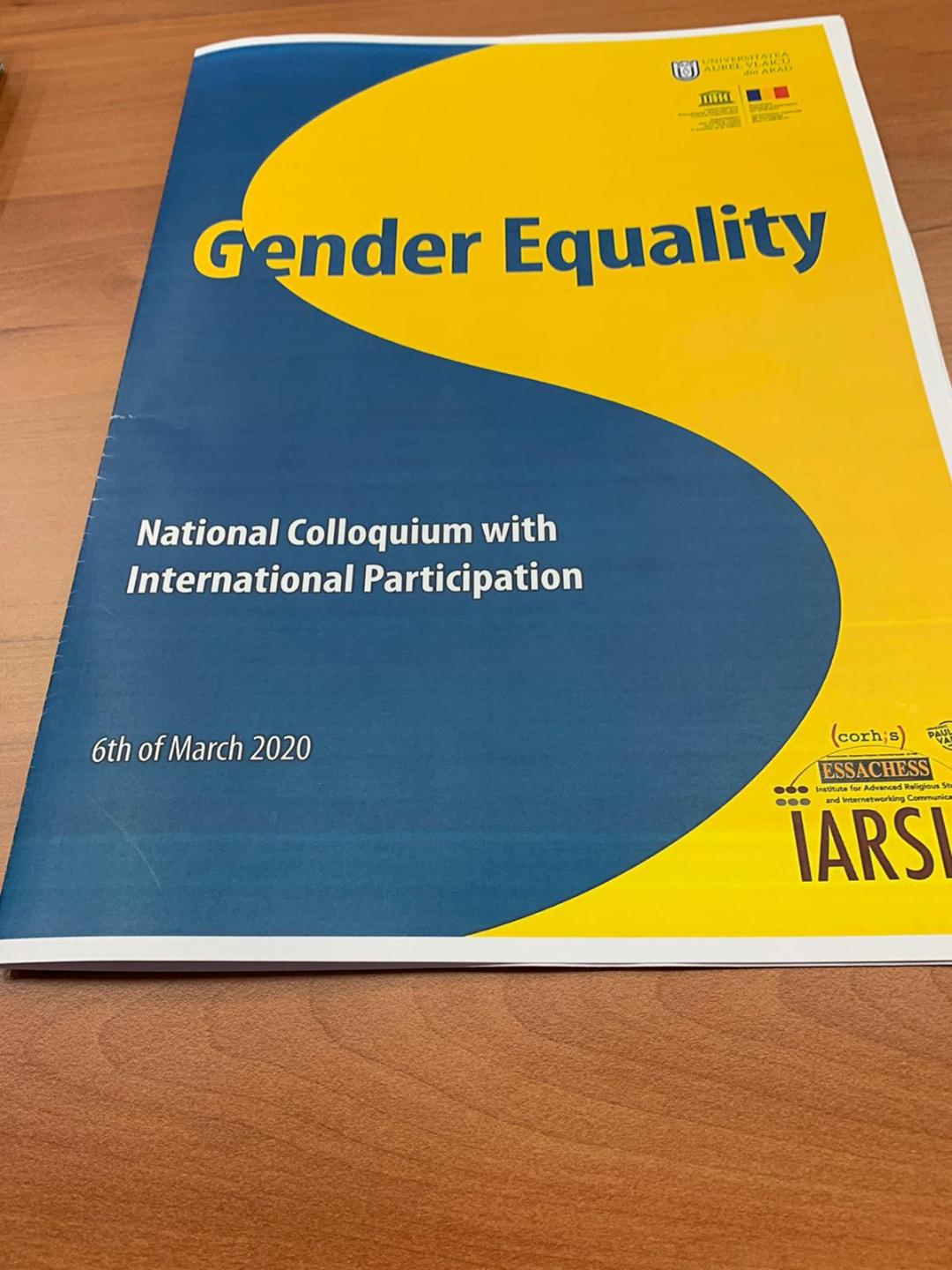 Article published on 07-03-2020
„Aurel Vlaicu” University of Arad alongside with the Romanian National Commission for UNESCO have organised on March 6th 2020, a national conference with international participation, on gender equality, dedicated to International Women’s Day.
The Conference’s works, presented in the festive room of the National Bank of Romania Palace, were introduced with the opening remarks of Mrs. Daniela Zaharia, Secretary - General of the Romanian National Commission for UNESCO, and guests from abroad. Among the participants there were: the President of Self-governance of Romanians from Hungary (ATRU), Mr. Gheorghe Cozma, along with the Executive Director of Cronica Editorial, Mrs. Delia Kovacs, priest Florin Ilie Olteanu, the Deputy Director of Information Center ATRU, Lect. Dr. Mihaela Tudor from University of Strasbourg, Dr. Jelena Prtljaga from Predschool Teacher Training College „Mihailo Palov” in Vrasc, Serbia.
„Gender equality represents one of the objectives stipulated by UNESCO, objective that our university has assumed as a priority. It is also a fundamental principle of the European Union since its inception, which stipulates the principle of equal pay for equal work, a principle that became a part of the Treaty of Rome. I hope that this conference, through the debates that have been launched, will determine a change of mentality that will allow a greater involvement of women in the life of the society, an increase in the role of women in making decisions at an institutional level and at a level of private management, and perhaps most importantly, an increase of confidence in one's own strengths.”, pointed out the Rector of the "Aurel Vlaicu" University, univ. prof. dr. Ramona Lile.
The National Commission of Romania for UNESCO was represented at the Conference by Mrs. Daniela Popescu, expert, coordinator of the event.