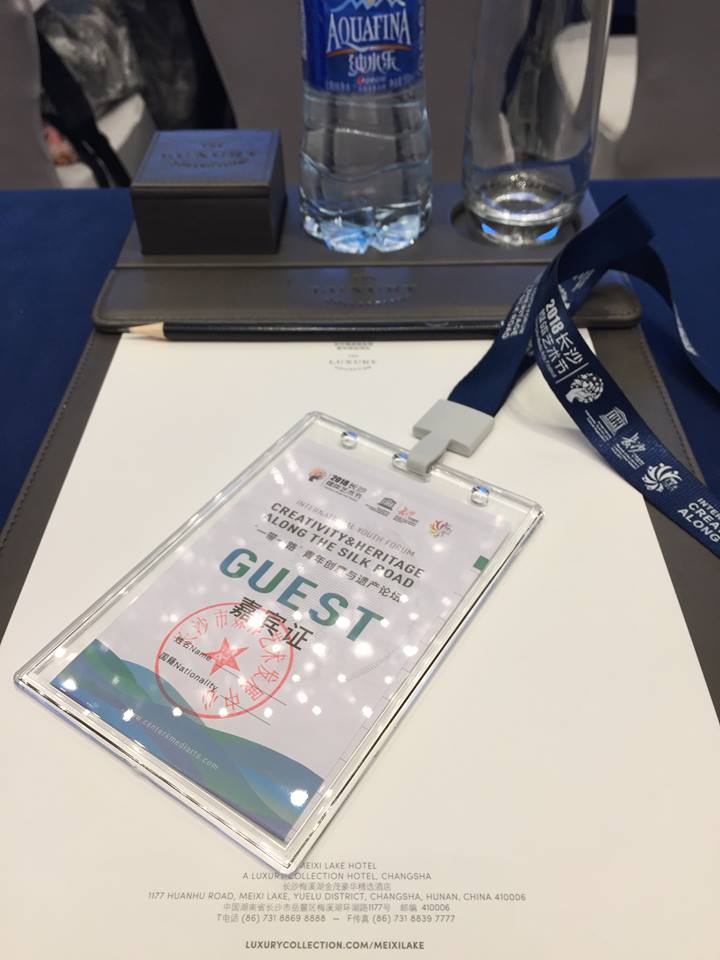 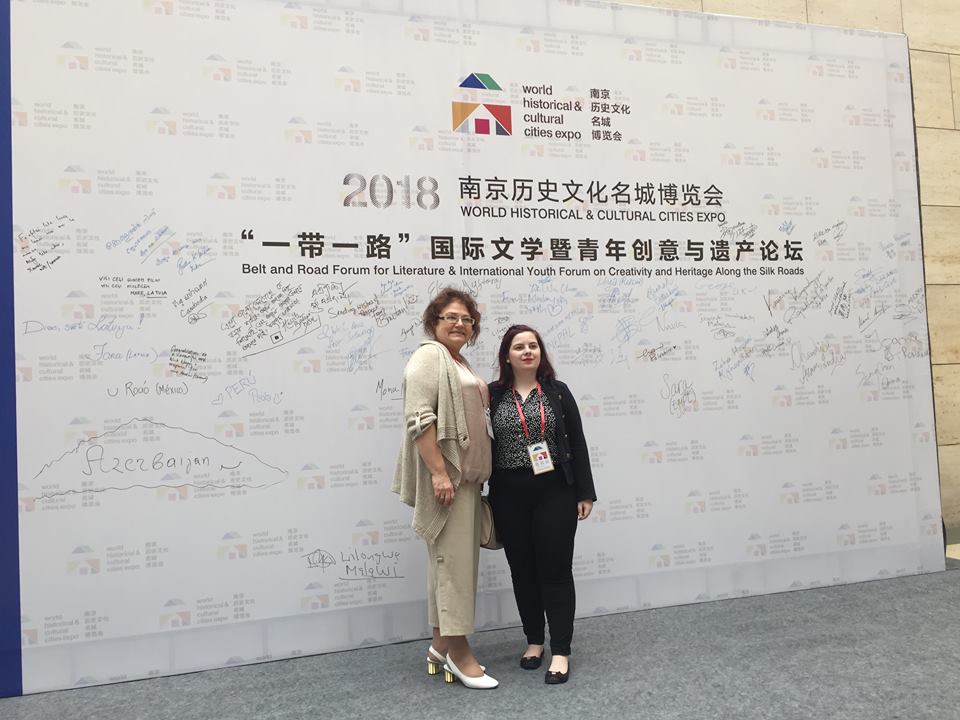 Article published on 02-07-2018
The second edition of International Youth Forum on Creativity and Heritage along the Silk Roads (IYF) was held in Changsha, 21-23 May 2018, focusing on the theme “Advancing Creativity for Development”.  Approximately 80 delegates participated in IYF2; 40 from Silk Roads countries in Africa, Arab States, Asia and the Pacific, and Europe, and 40 delegates from China. Participants then moved to Nanjing, 24-27 May 2018, to participate in the “Creativity and Literature Forum”.
The objectives of the International Youth Forum were to give young people a chance to voice their interests and concerns on advancing creativity, heritage and literature for development, as well as to mobilize their increased involvement in the cultural and creative industries and in the protection and promotion of our common heritage.
Romania was represented in the Forum by Dr. Daniela Popescu, President of the European Federation for UNESCO Clubs, Centres and Associations and Romanian National Commission for UNESCO Representative, and Prof. Dr. Luminiţa Bălan, sinologist and Director of the Confucius Cultural Institute in Bucharest. Romania also had a representative among the youth participants of the Forum through Ioana Panaite, ALUMNUS Club for UNESCO member.
The Romanian delegation was thus able to exchange ideas and good practices related to Intangible Cultural Heritage preservation as well as to introduce and promote Romanian approaches through initiatives such as Future Folk and the International Conducting Competition Jeunesses Musicales.
The Opening Ceremony of the Forum took place on Monday evening (May 21) with over 900 persons in attendance. The agenda opened with speeches by high level officials, including the Chairperson of the UNESCO Executive Board, Ambassador Lee of ROK; Secretary General of the Changsha Committee of the Chinese Communist Party, Mr. Hu; and UNESCO Beijing Office Director and Representative to China, DPRK, Japan, Mongolia and ROK, Ms. Marielza Oliveira. At the opening ceremony UNESCO presented Changsha with the “City of Media Arts” award. Changsha, along with the four prior winning cities of Enghien-les-Bains, France; York, UK; Tel Aviv-Yafo, Israel; and Austin, Texas, US formed the “World Media Arts Alliance”. The audience was treated to a stunning cultural performance by youth from Changsha, showcasing different aspects of culture in this creative city.
On Tuesday, Forum discussions began with a High Level Panel discussing the theme of “Advancing Creativity for Development”.  Mayors from the cities of York, UK; Enghien Les Bains, France; and the host city of Changsha, China, joined by Ms. Oliveira of the UNESCO Beijing Office shared their cities strategies and programmes for advancing creativity and creative industries especially with youth as actors and beneficiaries. The panel also engaged in a lively questions and answers session with participants, noting that creativity is about the power of ideas and is needed to exploit the growth of cities; that creativity is the motor of sustainable development; creativity is needed to transform traditional industries, productivity and life; that curiosity drives creativity and innovation; youth are a creative group; youth are the present – not the future; and youth can provide the vitality, ideas, and energy needed to help achieve the 17 Sustainable Development Goals.
An accountability session ended the morning’s proceedings. During it, UNESCO reported on what has been done in follow-up to the commitments made at the first IYF in 2017, particularly in terms of promoting platforms for youth exchange and dialogue, and for capacity building.  Eight youth who will participate in a three-week immersion programme sponsored by Changsha City, which will allow them to experience in-depth the creative and cultural heritage industries in Changsha, had the opportunity to introduce themselves to all IYF participants, and to give an overview of the projects on which they plan to work during the capacity enhancement program.
Following a visit to the P8 Innovation Laboratory in the afternoon, participants took a Xiang River cruise and were treated to a spectacular fireworks show, unique for combining traditional methods and media arts to produce the visual displays.
On the afternoon of May 23, 2018, the Achievement Demonstration of the International Youth Forum (IYF), Creativity and Heritage along the Silk Road was held in Changsha. Youth delegates from the Belt and Road countries shared their opinions on the inheritance, protection, and development of cultural heritage.
The International Youth Forum on Creativity and Heritage along the Silk Road 2 began its second session on Thursday in Nanjing, the provincial capital of Jiangsu that has applied to become the first Chinese city declared a UNESCO City of Literature.
Day one in Nanjing started with a field visit to the Nanjing Library, the third largest library in China, where the participants learnt about some ancient book preservation techniques at the Ancient Book Repair and Research Centre. Two of the participants even had the chance to make a book donation to the Library. The agenda also included field trips to heritage sites and museums such as the Nanjing Porcelain Tower Heritage Park, famous bookshops and studios in Nanjing, such as the studio of Mr. Zhu Yingchun, author of the best-selling book “the Language of the Bugs”.
The IYF participants attended the Opening ceremony of the 8th World Historical & Cultural Cities Expo that saw more than 300 distinguished international guests, including mayors of historical and cultural cities around the world, top-class scholars, and representatives of NGOs engaging in discussions and activities focused on the overarching theme: “understanding, sharing, and win-win”. In this stage, Romania was represented by Dr. Daniela Popescu, President of the European Federation for UNESCO Clubs, Centres and Associations and Romanian National Commission for UNESCO Representative and Prof. Dr. Luminiţa Bălan, sinologist and Director of the Confucius Cultural Institute of Bucharest, declared the Confucius Institute of the Year 2017.
Ioana Panaite
ALUMNUS Club for UNESCO