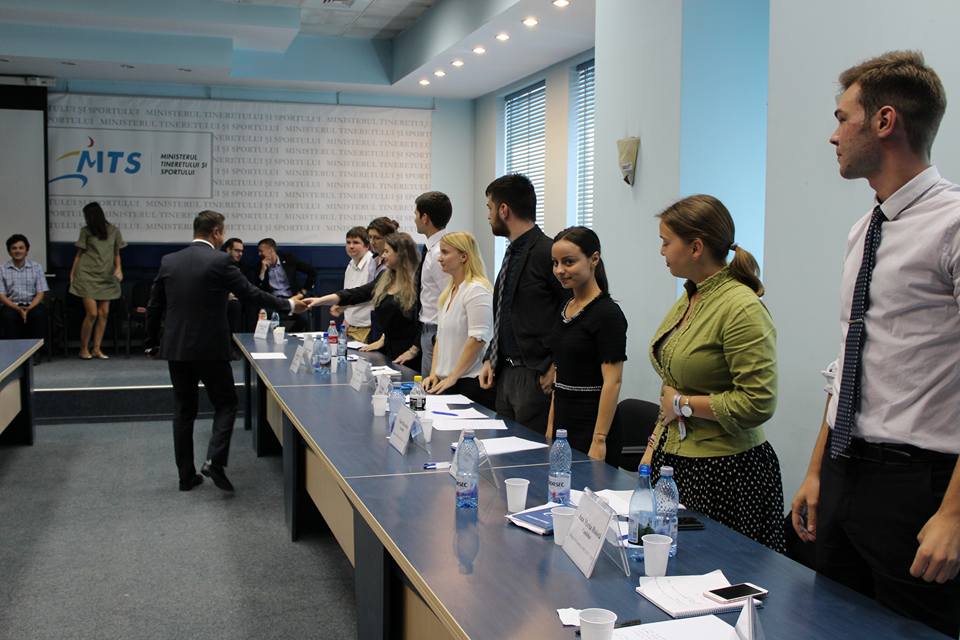 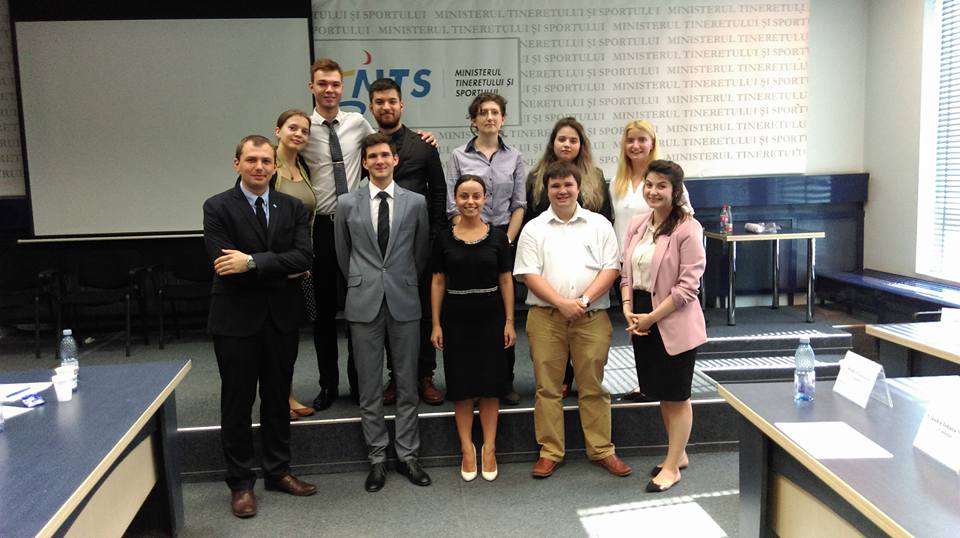 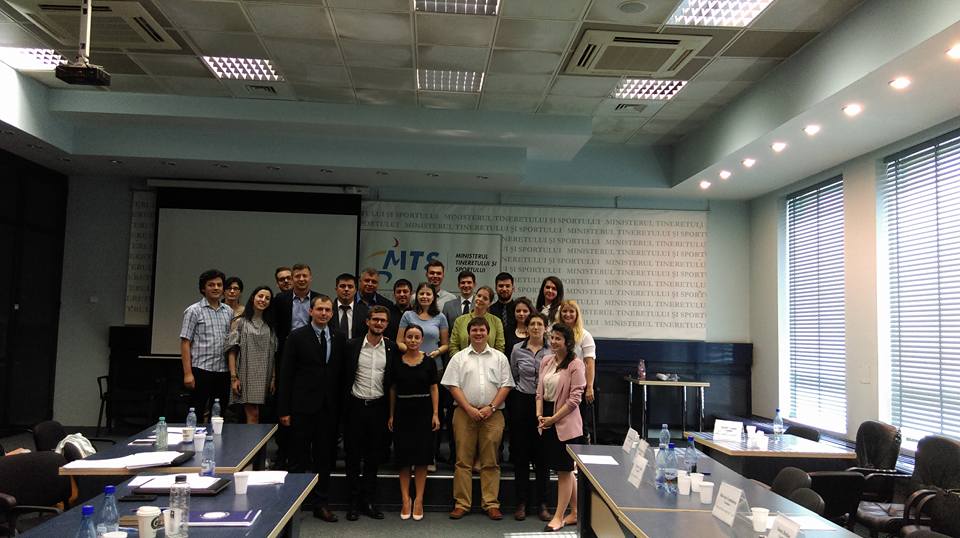 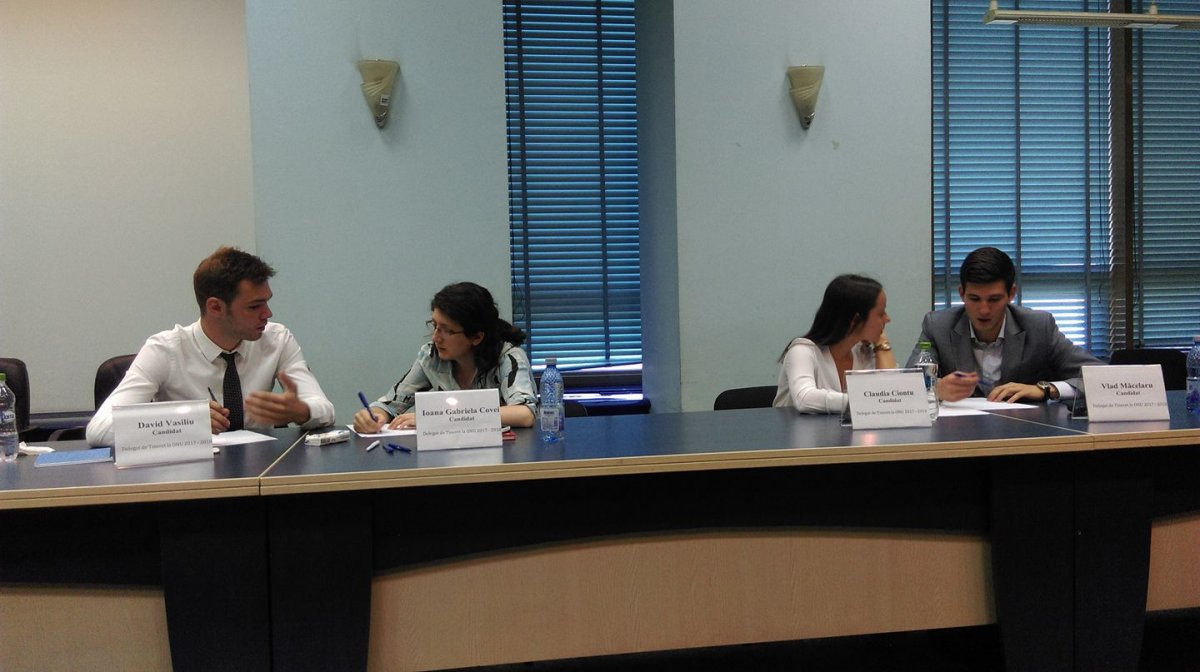 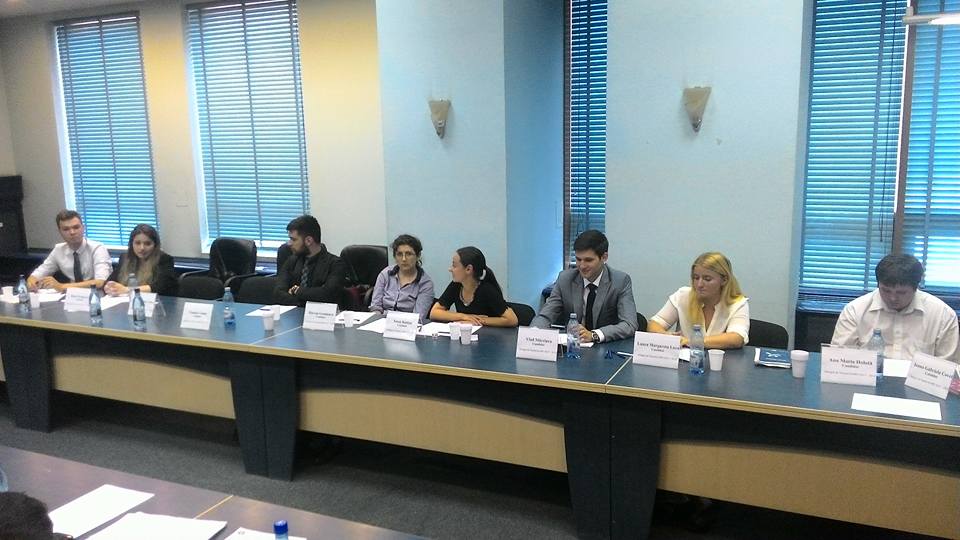 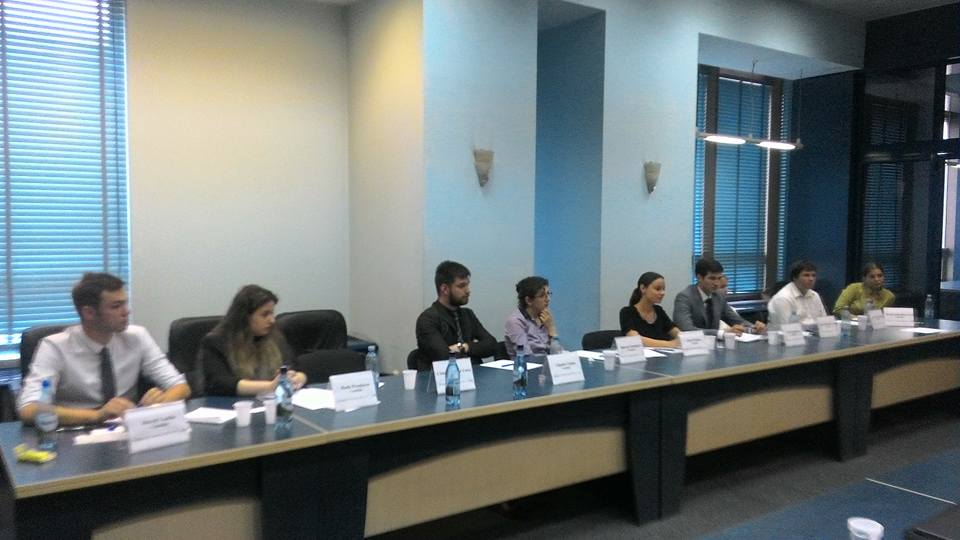 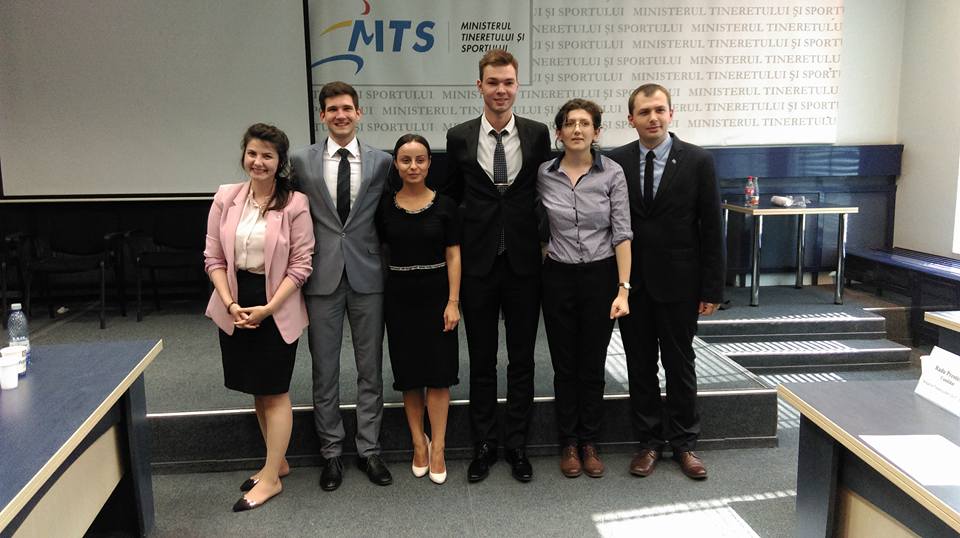 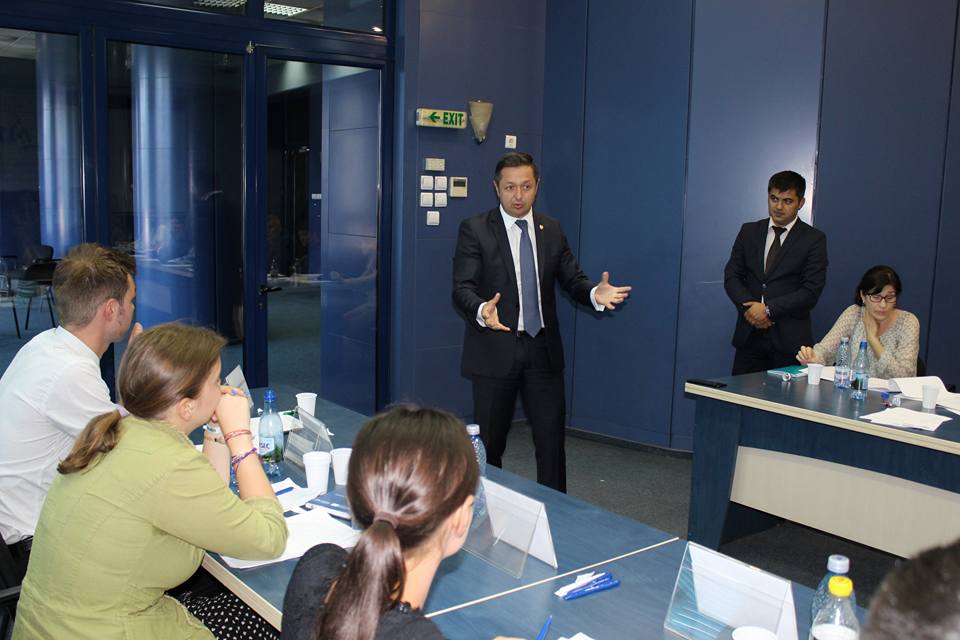 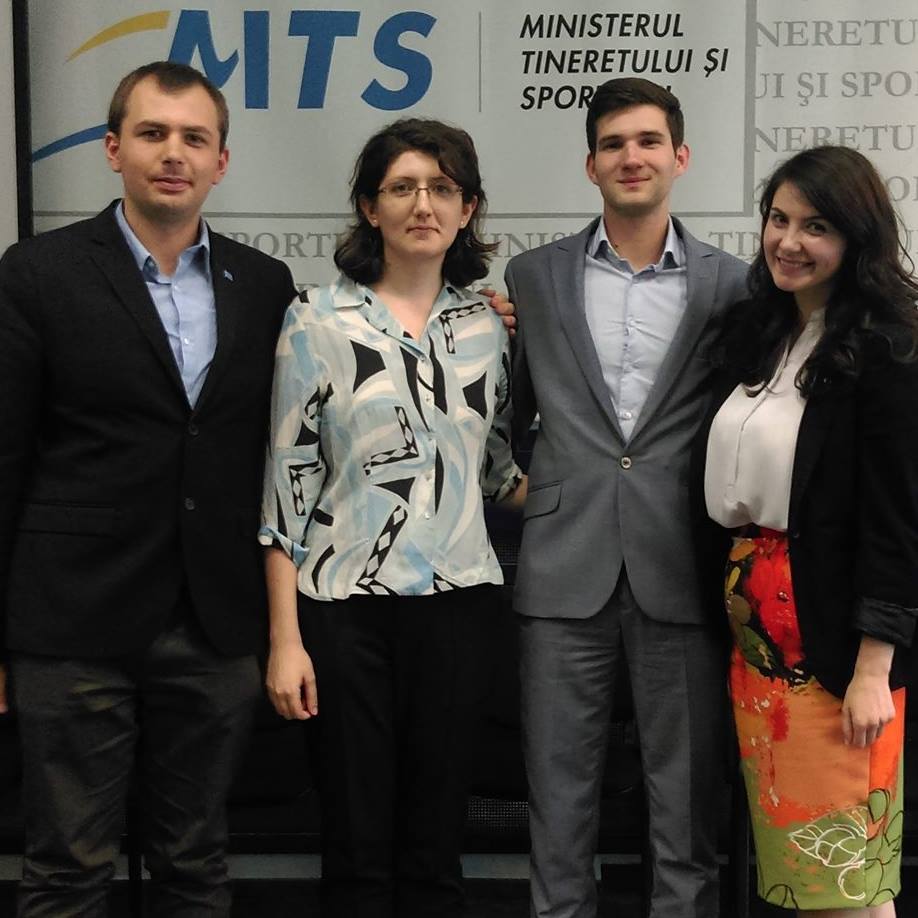 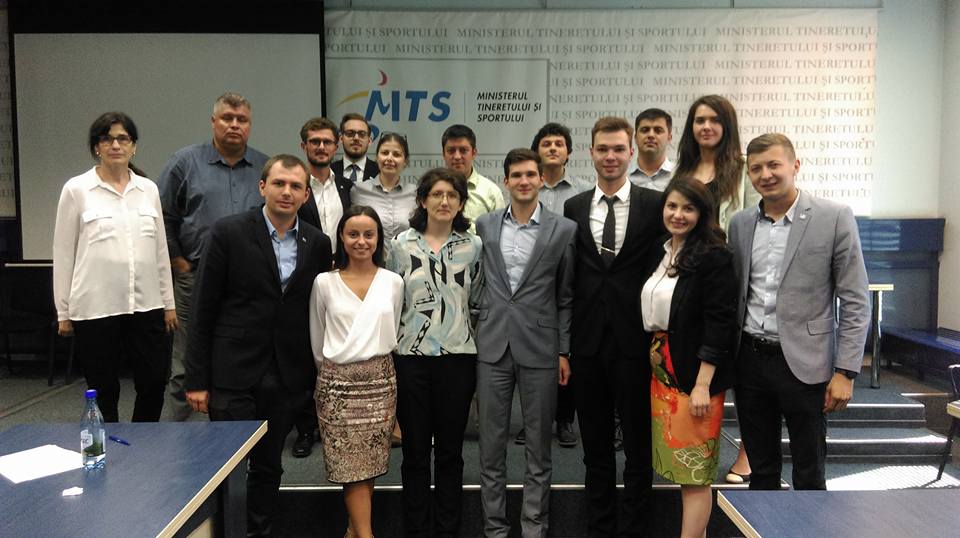 Selection of new Youth Delegates of Romania at the United Nations, 2017 edition

We recently had the honor of being a member of the selection commission of the new Romanian Youth Delegates to the United Nations and on this occasion we met smart and enthusiastic young people, eager to promote the message of Romanian youth and the image of Romania in one of the highest international forums and to organize youth activities in the country.

The selection process was carried out at national level and in English. The preselection consisted of a file contest, stage attended by young people, pupils and students aged between 18-25, with diverse and relevant experience in youth projects and volunteering. Following this stage, 5 boys and 5 girls were selected for the semifinal, in which they were involved in debates and interviews. These continued in the final, where 4 of the 10 semifinalists, 2 boys and 2 girls, met. After more than 5 hours of tests, the 2 candidates who will take over the mandate of UN Youth Delegates 2017-2018are Ioana Gabriela Covei and Vlad Măcelaru.

In the semifinals, the Minister of Youth and Sports, Mr. Marius Dunca, encouraged the candidates to trust in Romania and to continue to develop themselves in order to represent the country successfully at the highest level.

This year’s jury consisted of 9 people, representatives of the Ministry of Youth and Sports, the Ministry of Foreign Affairs, the European Institute of Romania, the Romanian National Commission for UNESCO – Iris Constantin, RNC UNESCO expert – current and former Youth Delegates of Romania to the UN. In the semifinal and final there were present as observers representatives of the civil society active on youth issues, such as the Romanian Students’ Union, the UN Youth Association, A.I.E.S.E.C Romania, Association „Se Poate”.

The UN Youth Delegate Program debuted in Romania in 2006 and is run under the aegis of the Ministry of Youth and Sports and the Ministry of Foreign Affairs, our country being one of the approximately 36 UN member states supporting this initiative.

The program „Youth Delegate to the United Nations” aims at:

– direct involvement of young people in the development of international youth policies;

– promoting young people’s youth policies, their coordination mechanisms and the importance of youth programs, as an integral part of socio-economic development;

– familiarizing young people in Romania with the topic of global development and facilitating their contribution to the process of solving the problems related to this field;

– supporting the activities and initiatives of young people in Romania.

Additional information about the Youth Delegate to the UN program is available from the Ministry of Youth and Sport and from the current Delegates, Denisa Bratu and Gabriel Uifălean.