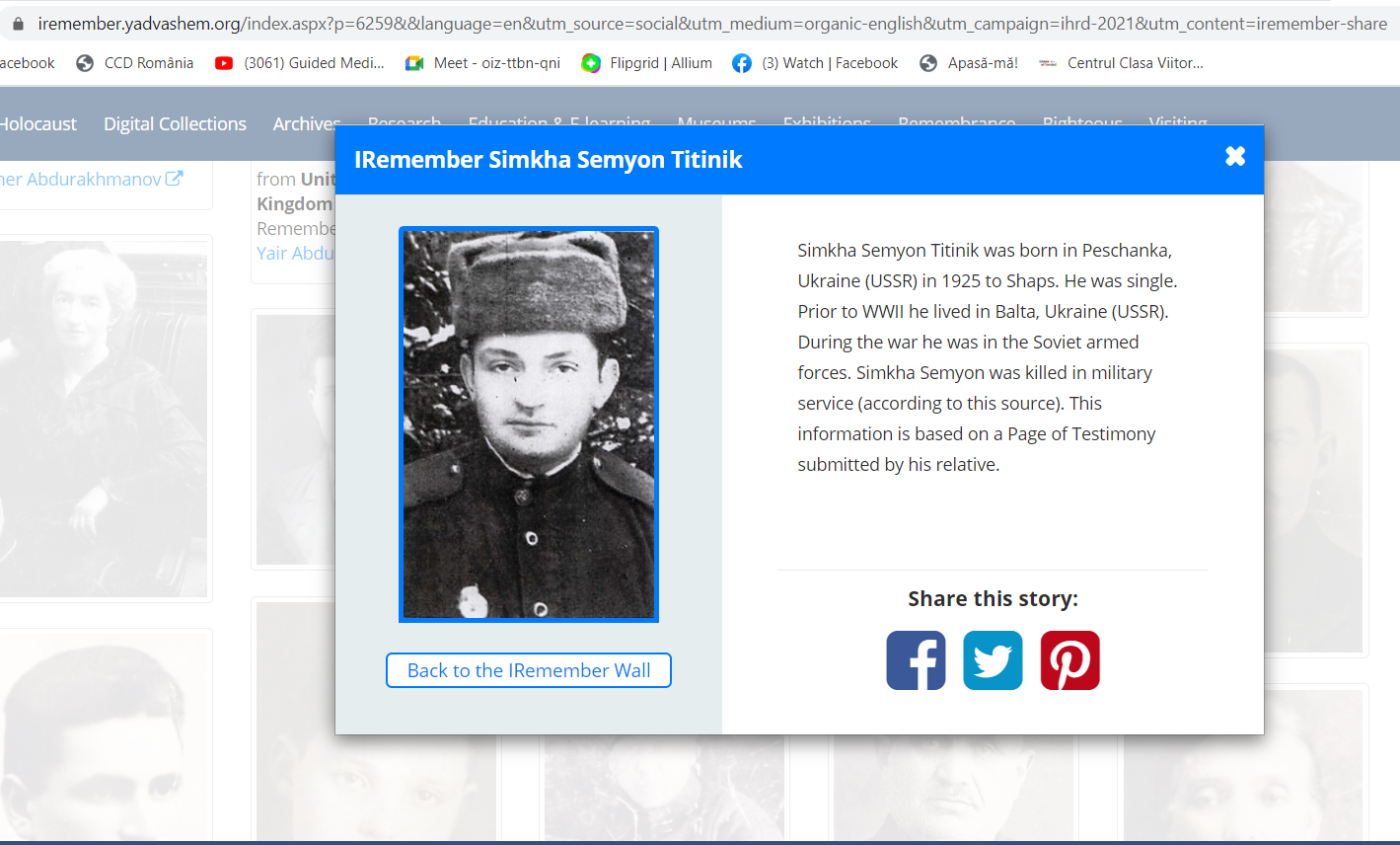 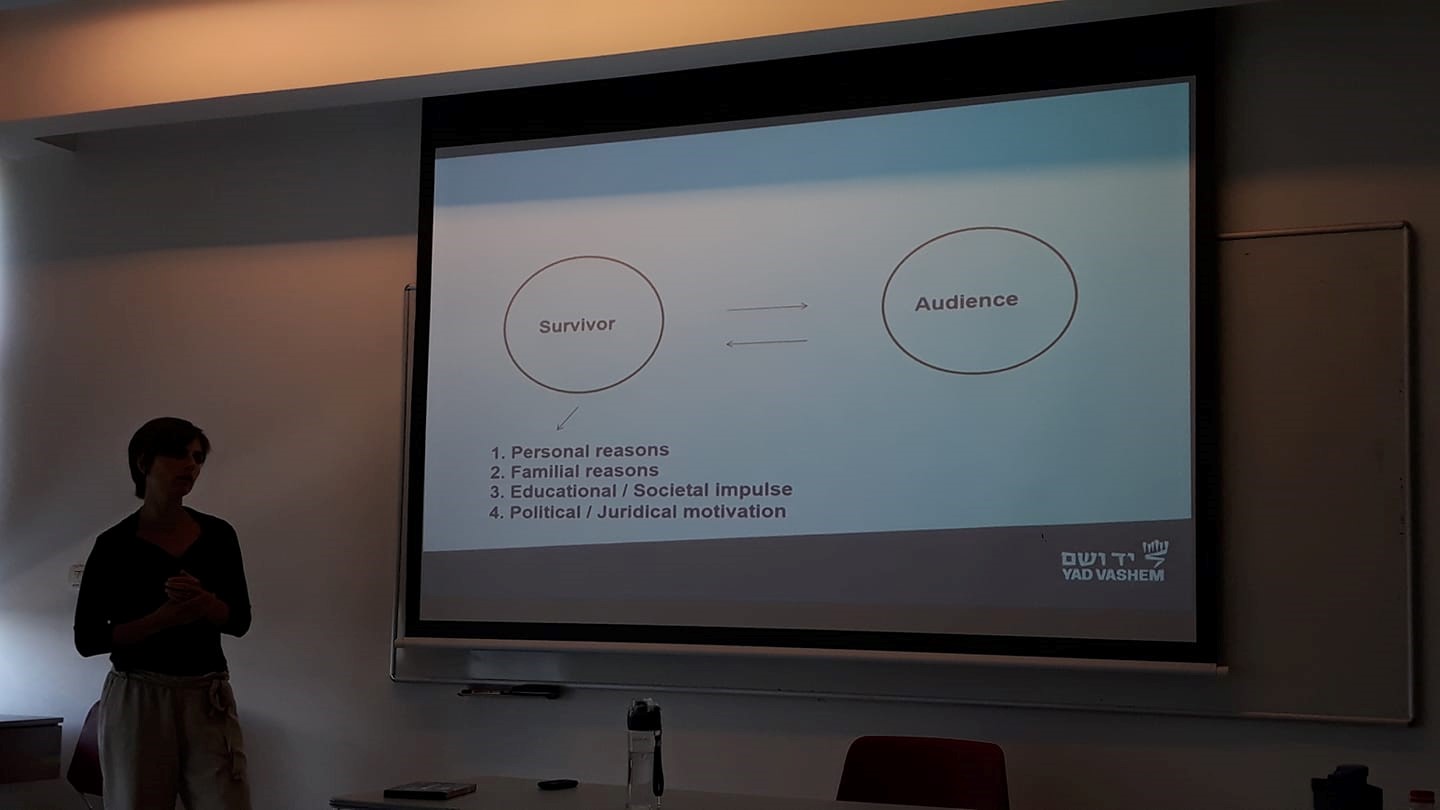 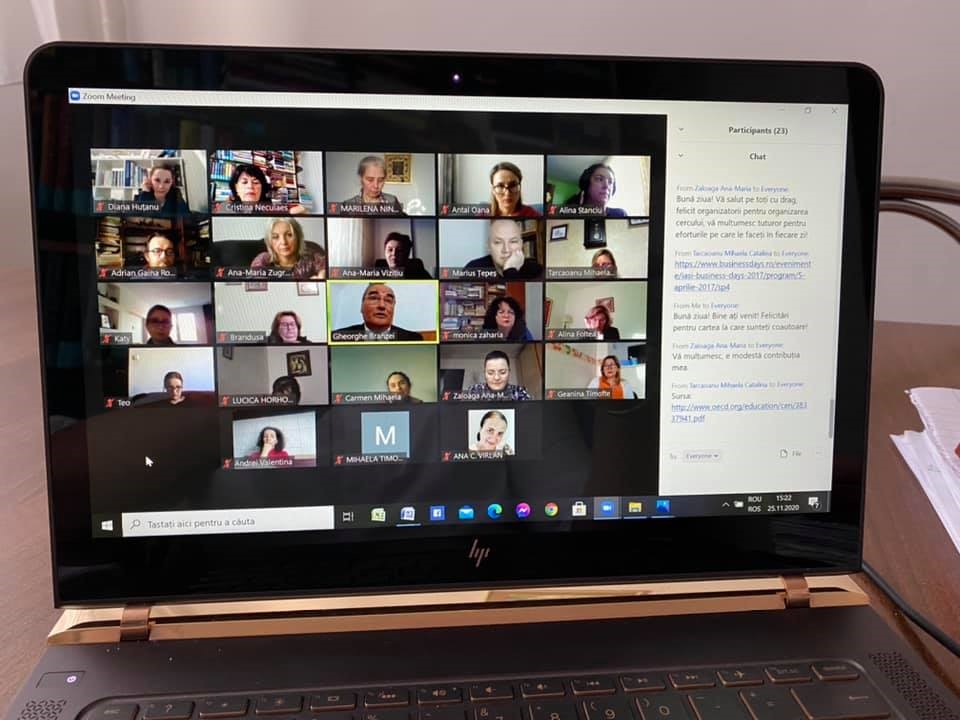 The “Calistrat Hogaș” National College from Piatra-Neamț has prepared this year a program of activities dedicated to the International Holocaust Remembrance Day.

Article published on 08-02-2021
The focus was on a few key questions: Why was it possible? How did it happen? What can be done to prevent this from happening again? How to teach the absence of presence and the presence of absence?
Students had the opportunity to inform themselves, to understand the events that have darkened the history of the world and of Europe. It is important to raise awareness of the crimes against humanity that marked the twentieth century.
Arguments:
Activities scheduled for the Commemoration of the Holocaust victims were organized by prof. dr. Cătălina Tărcăoanu (participant in the Holocaust training Seminar at the Yad Vashem Institute in Israel in 2019), members of the History Club ‘Calistratii’, prof. dr. Daniela Mătăsaru-Ionescu, prof. Irina Gireadă, prof. Oana Gîrbea, prof. Oana Hizan, Regina Fotea - the CNCH librarian:
1. How did it happen? Book and poster exhibition dedicated to the promotion of education in order to know the Holocaust tragedy.

2. Image of Pain (Production of a Holocaust Image Exhibition) in the main hall.

3. How was it possible? Screening of Farewell forever. The story of Hannea Meler-Faust, followed by debates.
4. What can be done to avoid it happening again? Debates during classes. Screening of the 2009 interview with the Holocaust survivor Cecilia Glück from Bacău.

5. If it is Thursday, it is the on-line course "The Holocaust – A lesson of the past for present and future generations", organized by the Olga Lengyel Institute in new York, Elie Wiesel National Institute for the Study of the Holocaust in Romania and the Timişoara Intercultural Institute. Theme: Identity, stereotypes, discrimination. The purpose of this course is to contribute to the increase in the quality of education on the Holocaust and human rights in Romania and the Republic of Moldova.

6. Vestiges of the Jewish presence in Piatra-Neamț: Baal Sem Sov wood synagogue in Piatra Neamț, as well as the Jewish Cemetery – virtual tour.

7. Absence of Presence and Presence of Absence (CREATIVE CONTEST to draw up imaginary letters by the survivors of the Holocaust to present people, as well as to write reviews of books that address the Holocaust issue).