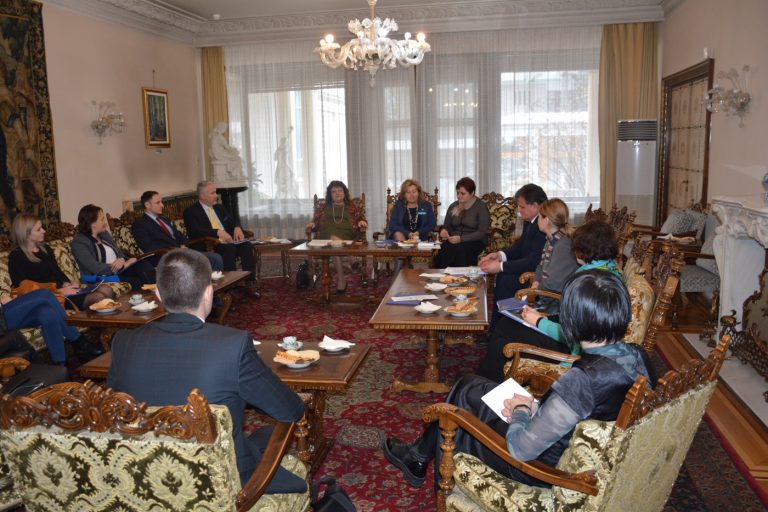 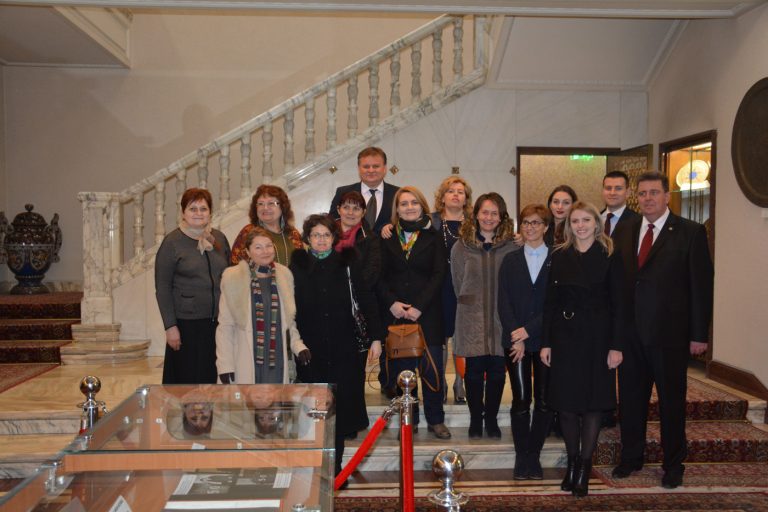 The „Future Folk” project at the debut

“Our heritage : where the past meets the future” represents the slogan of the European Year of Cultural Heritage 2018 found in the project “Future Folk”, organized by the  Alumnus Club for UNESCO in Bucharest. It is an initiative that aims to contribute to the revitalization and promotion of the cultural heritage of the southern area of Romania, bringing to life through contemporary design an essential piece of it – the traditional costume. Not only the Romanian traditional costume, so rich in designs and values, but also the traditional costumes specific to national minorities, perhaps less well known, but equally beautiful and  designed with a lot of ancient symbols.

How can today’s young people receive these values, which may seem out of their everyday use and how can we preserve this heritage for our future generations? Here are two questions that the associations and institutions involved in the project “Future Folk” are trying to give answers to, a project supported by the National Cultural Fund Administration (AFCN).

The partners met on 22 February 2018 at the new museum space of Primăverii Palace – the permanent exhibition “Ceaușescu House” –  where they had the privilege for a first dialogue.  Among the participants there were: Deputy Dragos – Gabriel Zisopol, Questor of the Chamber of Deputies, president of the Hellenic Union of Romania, Béla Dan Krizbai, Vice President of the Romanian Cultural Institute, Silviu Feodor, President of the Community of the Lippovan Russians in Romania, Gabriela Alina Andrei, Deputy Director of the Youth Center of Bucharest, Georgiana Onoiu, Head of Cultural Heritage Section at the National Village Museum “Dimitrie Gusti“, Roxana Amzar Gheorghe, Administrator at the Romanian Television, Other Minorities Section,  Tamara Susoi, Director of Marketing and Promotion Services at the Odeon Theater,  Susana Pletea, editorial Director at Burda Romania Press Group.

The meeting was opened with a welcome message from Adina Renţea, Director of the permanent exhibition “Ceaușescu House”, after which Daniela Popescu, President of Alumnus Club for UNESCO, expert of NCR UNESCO,  presented the activities and timetable of the FUTURE FOLK project and also the expected way of working . It was pointed out that the project is dedicated to the Centenary of the Union , showing that the national minorities  are an integral part of the Romanian society.  “Future folk” also  represents a Romanian  contribution to the European Year of Cultural Heritage – 2018 , as well as  one of the UNESCO initiatives to conserve and enhance the universal cultural heritage.

One of the guests of the meeting  was Carmen Emanuela Popa, Ph.D. in design at the National University of Arts in Bucharest,  author of the the original cultural product proposed by “Future Folk”- an Avantgarde collection of fashion design inspired by the traditional costumes, which will be launched at the Palace of Parliament in June, and then will be presented as an itinerant exhibition at the Village Museum in Bucharest, also in Ploieşti and Tulcea. Careful at the symbolism and philosophy behind each piece, of every reason of inspiration,  Carmen Emanuela Popa wants to launch through her creations an invitation to communication and understanding between people. The “Future Folk” exhibition, which is the result of an intercultural exercise, intends to be a living proof of the fact that diversity is an inexhaustible resource of innovation and creativity in a society where there is understanding and respect for each individual’s values.

The collection “Future Folk”, signed by the designer Carmen Emanuela Popa,  is on the one hand a stylistic osmosis between the clothing that is specific to the Romanian folk identity and the national minorities from Romania, and on the other hand the contemporary fashion item. FUTURE FOLK is distinguished as a unique entity, with a strong visual impact, through chromatic reduction, stylization, but also diminution/augmentation of the forms, through antithetic junctions of  elements such as: floral, geometric motives, etc., which are only suggested through specific techniques of painting, printing , collage.

The collection will reveal the graphic elements found in traditional costumes,  in parallel with stylized vegetal inspirational structures,  converging in different cases to an abstraction of forms. The chromatic accents are strong, from plentiful tones of arnica red and burgundy to stone tones and deep black, all on an initial base of white color.

The textures of the materials are a combination of organza, lace and unconventional materials. Also, a series of applications, samples taken from original costumes, will be the subject of textile collages, to give a touch of identity to the new item created. Paint brush graphical interventions will be made with a range of textile dyes, in tones of  red, white, silver, on painted surfaces,  transparent or directly on the base of the  fabric material of the clothing item.

A series of accessories will be made of cotton cloth and silk, but also unconventional fabrics,  with a look of old steel , to amaze the compositional context, and in most cases to migrate an element with a specific character from one culture to another.

The concept of the collection will be transposed into a visual illustration of contemporary dance. The images of the new creations will be included in the presentation catalog, along with the original drawings of the “FUTURE FOLK” collection, signed by Carmen Emanuela Popa.