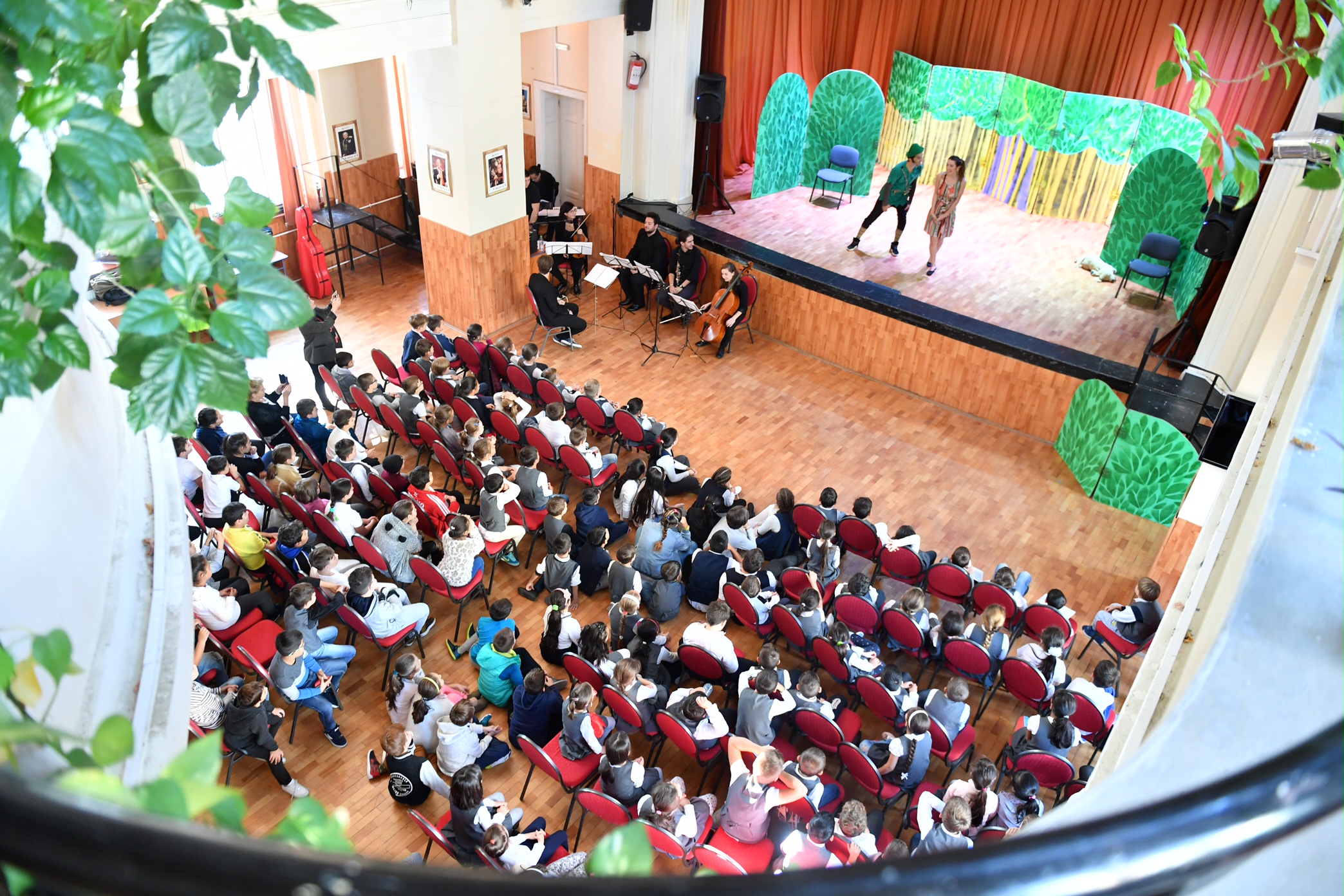 Alumnus Club for UNESCO, in partnership with Elite Art Club UNESCO, unfolded this week an interactive musical project in 4 schools in Bucharest, with over 1,000 children attending.

The project is called „The Little House of Musical Stories” and is inspired by children from disadvantaged families who do not have access to cultural events appropriate for their age. In an opera show, small audiences are educated in the spirit of tolerance and diversity.

The show, directed by Iulian Sandu, featured fragments of 3 works for children – The Girl of the Old Woman and the Girl of the Old Man, Puss in Boots, Peter Pan – whose score is signed by Romanian composers. The characters and moderator interact with the children constantly, helping them to get acquainted, through games, with interesting notions of literature, the history of classical Romanian music, dancing, singing and directing.

This cultural project is funded under the cultural program „Bucharest – Participatory City” by the Bucharest City Hall through the Cultural Center of Bucharest ARCUB.